BEIJING, April 29 (Xinhua) -- The global death toll from COVID had surpassed 200,000 as of Tuesday, according to the World Health Organization (WHO).

Amid a ballooning caseload worldwide, BRICS countries reached Tuesday a consensus on advancing cooperation in the fight against the pandemic.

Foreign ministers from BRICS countries held an extraordinary conference on COVID-19 via video link on Tuesday evening, during which they reached a consensus on advancing cooperation in fighting the pandemic.

The five countries -- Brazil, Russia, India, China and South Africa -- agreed to intensify information and experience sharing, push ahead collaboration in research of drugs and vaccines, contribute to global public health security, and minimize negative effects of the pandemic.

During the meeting, Chinese State Councilor and Foreign Minister Wang Yi said that going forward, China is ready to step up the sharing of information and experience with BRICS countries and conduct joint research and development of drugs and vaccines on the basis of respecting each other's sovereignty and national conditions.

South Africa's International Relations and Cooperation Minister Naledi Pandor said South Africa was firmly behind the World Health Organization which recently came under fire from the White House on how it responded to the outbreak.

"We are particularly disconcerted about the withholding of funds at this critical time," she said, adding that cutting funding would impair the ability of the organization to do its work during the pandemic.

Following the meeting, Russian Foreign Minister Sergei Lavrov said in a statement that Russia does not intend to discontinue financial support to the WHO, despite the actions of other countries.

The WHO is a unique platform which aggregates information and facts available from various states, and a structure that brings together the best professionals from all countries, including the United States, Lavrov said.

The number of COVID-19 cases in the United States has reached 1,012,582, with 58,355 deaths, according to the latest data by the Center for Systems Science and Engineering at Johns Hopkins University.

However, a Tuesday report by The New York Times suggested that the true number of U.S. infections could be "much higher."

"The 1 million figure does not include untold thousands of Americans who contracted the coronavirus but were not tested, either because they did not show symptoms or because of a persistent national testing shortage," it said.

"Some disease researchers have estimated that the true number of infections may be somewhere around 10 times the known number, and preliminary testing of how many people have antibodies to the virus seems to support that view," it added.

Amid the raging pandemic, U.S. Vice President Mike Pence, who leads White House's coronavirus task force, on Tuesday visited the Mayo Clinic in the U.S. state of Minnesota without a mask, though the medical facility requires all visitors to wear masks to avoid the spread of coronavirus.

In Europe, many countries are tentatively easing anti-coronavirus restrictions, announcing plans to restart economy and public life, while some have decided not to loose their lockdowns based on their COVID-19 realities.

Phased easing of lockdown measures is expected on the European continent, with Austria on May 1, Portugal on May 2, Spain, Italy and Greece on May 4, and France on May 11. European interior ministers have discussed possible contact tracing by mobile applications to contain COVID-19.

French Prime Minister Edouard Philippe on Tuesday presented a "deconfinement" plan to the national assembly, stressing that the plan, outlined in six key areas -- health, schools, businesses, work, transport and gatherings, must be proceeded cautiously, progressively and by respecting and adapting to different situation in various regions.

According to the plan, as of May 4 people will be allowed to leave their homes but are encouraged to continue observing social distancing and use masks in closed spaces, including mass transport services.

Meanwhile, Irish Prime Minister Leo Varadkar said Tuesday that the new coronavirus levels in the country are not low enough to allow any easing of restrictions on May 5, the date when the current lockdown measures in Ireland are supposed to end. The country now has a total of 19,877 confirmed cases and 1,159 deaths.

Besides, the Czech Chamber of Deputies on Tuesday approved the extension of the country's state of emergency until May 17. 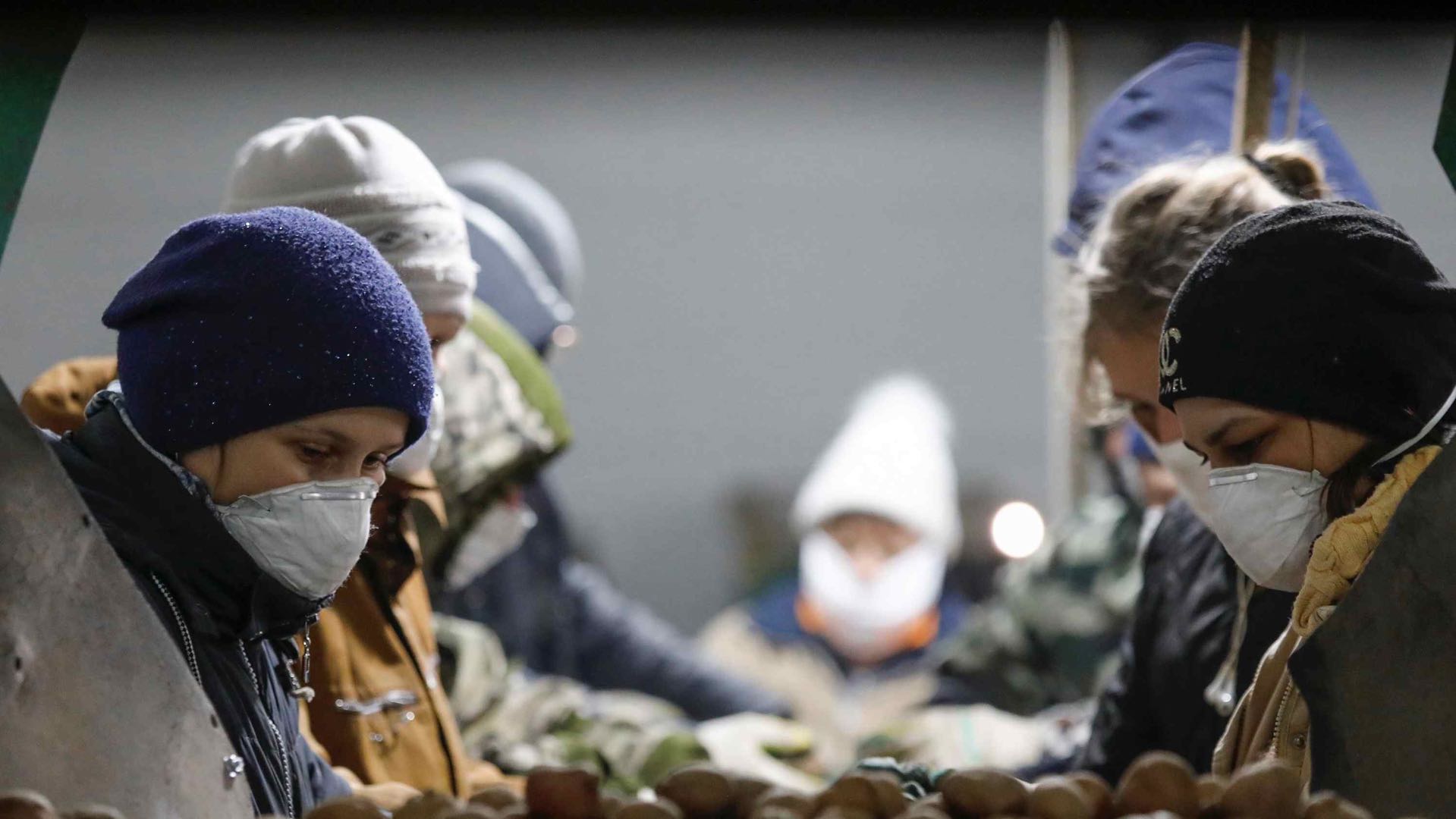