WORLD Global diplomacy under the gun in the time of coronavirus

Global diplomacy under the gun in the time of coronavirus 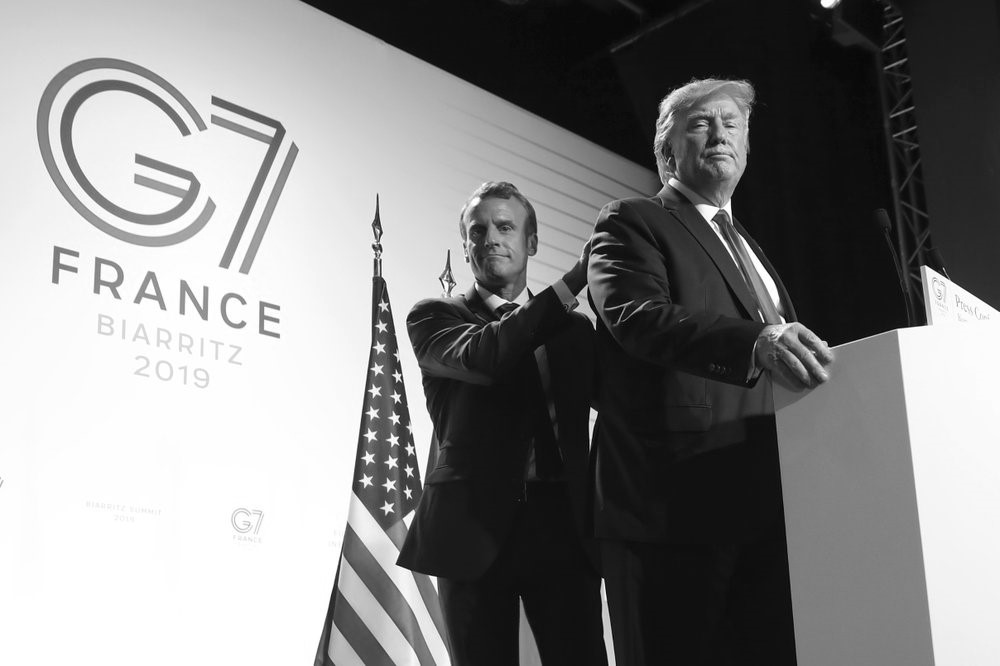 The coronavirus pandemic has dramatically altered international diplomacy. While the interruptions may seem to many like trivial inconveniences for a well-heeled jet set, they may have significant implications for matters of war and peace, arms control and human rights.

Already the United States has canceled at least two leaders’ summits it planned to host this year and moved a Group of Seven foreign ministers online. As the global crisis threatens to alter the world balance of power, NATO’s top diplomats abandoned plans to meet in person this past week, the European Union has scaled back its schedule, a major international conference on climate change in Scotland was called off, and many lower-level UN gatherings have been scrapped entirely.

If the pandemic isn’t brought under control by summer, it could jeopardize the diplomatic granddaddy of the post-World War II era, the annual high-level UN General Assembly meeting in virus-stricken New York, which this year is set to commemorate the organization’s 75th anniversary. The General Assembly may have only a fraction of the audience as a global sporting event like the already postponed Summer Olympics in Japan, but it is the diplomatic equivalent of the games.

The president of the General Assembly said Friday the 193-member world body will make a decision “in the coming month” on whether to delay the gathering, set to begin on Sept. 22.

If there is a global center of diplomacy, it’s the sprawling UN headquarters complex in New York, considered to be a top diplomatic post, if not the top, for almost all countries. It hosts many formal and informal meetings but much of the business of diplomacy takes place over coffee and drinks in the Delegates Lounge, and at lunches, dinners and the numerous nightly receptions.

The arrival of COVID-19, which has turned New York into the US epicenter of the pandemic, suddenly ended this diplomatic lifestyle that has existed for decades. As the world fights what UN Secretary-General Antonio Guterres calls “a war against a virus,” many diplomats are wondering if that life will return when the “war” is over.

Diplomacy at the United Nations and elsewhere has now moved to phones, emails and virtual meetings, including the UN Security Council. With face-to-face meetings increasingly rare, diplomacy by teleconference and secure video has become the norm, offering easy outs for those unwilling or unable to engage in delicate or controversial negotiations.

In the absence or severe cutback of in-person diplomatic discussions, some fear countries such as Russia and China may seek to exploit the crisis to further weaken international institutions already stressed by the Trump administration’s hostility to them.

Some fear the virus crisis could fuel diplomatic atrophy.

“It’s making a lot of things harder,” said Ronald Neumann, a former US ambassador who is president of the American Academy of Diplomacy. “I don’t think it will stop things from getting done that people want to get done but the epidemic is likely to be an excuse rather than a cause. It’s a very convenient excuse for people not to do things they don’t want to do.”

Peace talks between Afghanistan’s warring factions, between Yemen’s Iran-backed Houthi rebels and the government, and long-stalled negotiations on an end to Syria’s war are all diplomatic initiatives that may have to be put on hold because of the virus. At the same time, discussions on human rights, nonvirus global health issues, climate change, and trade are likely to be foregone.

Several UN events have been curtailed or scrapped: one to mark the 25th anniversary of the UN women’s conference in Beijing that adopted a 150-page road map to achieve gender equality; a session on the Law of the Sea; one on the rights of indigenous people; and the five-year review conference of the Nuclear Nonproliferation Treaty.

“Here at the UN in New York, we must turn our attention to the tools we have. We must make them work better for the situation we face. And in the process, we might learn something about both what is truly important as well as the wonders of video conferences,” Norway’s UN ambassador, Mona Juul, told The Associated Press.

In Geneva, another hub of UN-sponsored diplomacy, the coronavirus has torpedoed some gatherings. A Human Rights Council session was suspended in mid-March “until further notice” and two plenary sessions of the Conference on Disarmament were put off.

On Monday, UN envoy for Syria Geir Pedersen told the Security Council that the heads of a committee created to talk about Syria’s constitution had agreed on a new agenda for talks, but added, “COVID-19 makes it impossible to convene Syrians in Geneva at present.”

Uncertainty is clouding the prospects for two big Geneva-hosted diplomatic meetings in May and June: the annual assembly in May of the World Health Organization, the UN agency that has had a front-line role in fighting coronavirus, and the top annual gathering of the International Labor Organization in June.

In Brussels on Thursday, NATO foreign ministers held the first of their two biannual meetings this year via a two-hour secure teleconference instead of the usual two-day in-person session.

The EU has been reduced to conducting its diplomacy at distance. It’s seen a multiplication in the number of meetings, most by video conference, and others with only small groups of officials, formats that diplomats complain have diluted their usefulness.

Last Thursday, European Parliament President David Sassoli presided over a virtually empty chamber in an emergency session focused on the coronavirus pandemic. “We had to slow down, of course. But we have not stopped, because democracy cannot be suspended in the midst of such a dramatic crisis. Indeed, it is our duty, in these difficult times, to be at the service of our citizens,” he said.

For most people, the new coronavirus causes mild or moderate symptoms, such as fever and cough that clear up in two to three weeks. For some, especially older adults and people with existing health problems, it can cause more severe illness, including pneumonia, and death