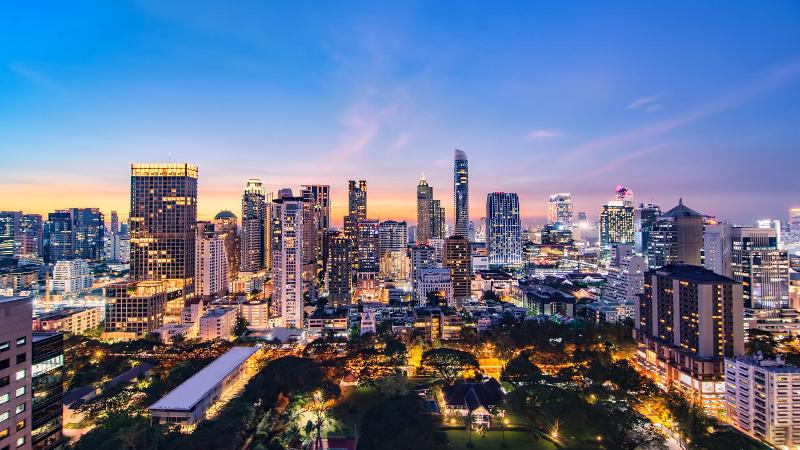 Bangkok (People’s Daily) - The Global Forum on Human Settlements (GFHS) 2018 concluded Wednesday at the United Nations Economic and Social Commission for Asia and the Pacific (ESCAP) in Bangkok as participants gathered to commemorate World Cities Day.

The two-day meeting, organized under the theme Advancing Urban Innovations to Achieve SDG 11 and New Urban Agenda, drew over 400 participants from more than 40 countries to mark the observance of Urban October.

High-level stakeholders made commitments to support sustainable and resilient cities through innovation, greening and well thought out policies to maximize the benefits of local actions. Ms. Maimunah Mohd Sharif, UN Under-Secretary-General and Executive Director of UN-Habitat, delivered a video message recognizing GFHS’s efforts and contribution to promoting sustainable cities and human settlements in the past decade.

As a highlight of the Forum, the Sustainable Cities and Human Settlements Awards (SCAHSA) ceremony honored 36 winners. Prominent awards included the Global Green City given to Hua Hin, Thailand, the Global Green District to Qingdao Sino-German Ecopark, China, and the Global Model on Characteristic Town to Langfang Dachang Movie Town, China, among others.

ESCAP Officer-in-Charge Hongjoo Hahm emphasized that innovation, as a strategic investment, offers benefits to all stakeholders. “Our vision of future cities can be powerful. We recognize that cities, supported by strong partners, can foster innovation and build great communities,” he said.

Mr. Hahm added that while the SDGs are global, uniting diverse stakeholders is integral to making them a reality and determining the future of urban environments. “If we are successful in working toward the objectives of the 2030 Agenda and the New Urban Agenda, we will reshape the cities of the Asia-Pacific region, so they look and function very differently than they do today.”