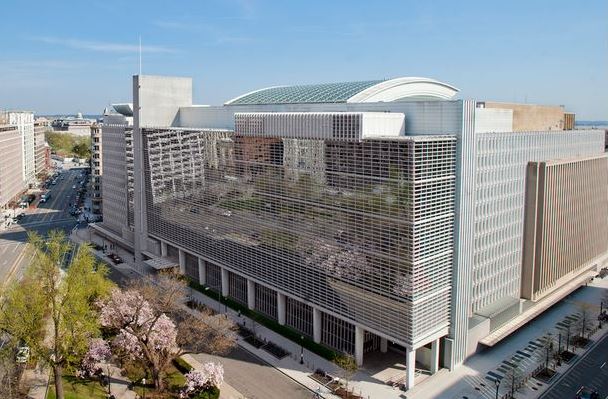 Washington (People's Daily) -- Global economic growth is projected to soften from a downwardly revised 3 percent in 2018 to 2.9 percent in 2019 amid rising downside risks to the outlook, the World Bank said on Tuesday. International trade and manufacturing activity have softened, trade tensions remain elevated, and some large emerging markets have experienced substantial financial market pressures.

China's growth is expected to slow to 6.2 percent this year, and east Asia and the Pacific remain among the fastest growing developing regions in the world.

Growth among advanced economies is forecast to drop to 2 percent this year, the January 2019 Global Economic Prospects says. Slowing external demand, rising borrowing costs, and persistent policy uncertainties are expected to weigh on the outlook for emerging market and developing economies. Growth for this group is anticipated to hold steady at a weaker-than-expected 4.2 percent this year.

“It was going on all cylinders but then it lost speed over the year and the ride could get bumpier in 2019”, said World Bank Chief Executive Officer Kristalina Georgieva. “Global growth is moderating from 3 percent to 2.9 percent in 2019. That is still a robust growth performance. But what we see happening are troubling signs in terms of international trade and manufacturing activities. They are softening and, on that background, we face two risks that are likely to persist throughout the year.”

The upswing in commodity exporters has stagnated, while activity in commodity importers is decelerating. Per capita growth will be insufficient to narrow the income gap with advanced economies in about 35 percent of emerging market and developing economies in 2019, with the share increasing to 60 percent in countries affected by fragility, conflict, and violence.

“There are two important risks we are monitoring,” said Ayhan Kose, the Director of the World Bank Prospects Group. “In the context of financial market stress, what this showed last year in financial markets is also a cause for concern this year. In the context of trade tensions, there have been some positive developments as the US and China have been talking to resolve their differences. We do hope they will reach an agreement by the March deadline.”

A number of developments could act as a further brake on activity. A sharper tightening in borrowing costs could depress capital inflows and lead to slower growth in many emerging market and developing economies. Past increases in public and private debt could heighten vulnerability to swings in financing conditions and market sentiment. Intensifying trade tensions could result in weaker global growth and disrupt globally interconnected value chains.