UNITED NATIONS, Nov. 12 (Xinhua) -- Thousands of people continue to be killed and injured annually by landmines and explosive weapons in conflicts across the globe, as the COVID-19 pandemic has forced mine-clearance efforts to be scaled back, a United Nations-backed civil society report on landmine said Thursday. 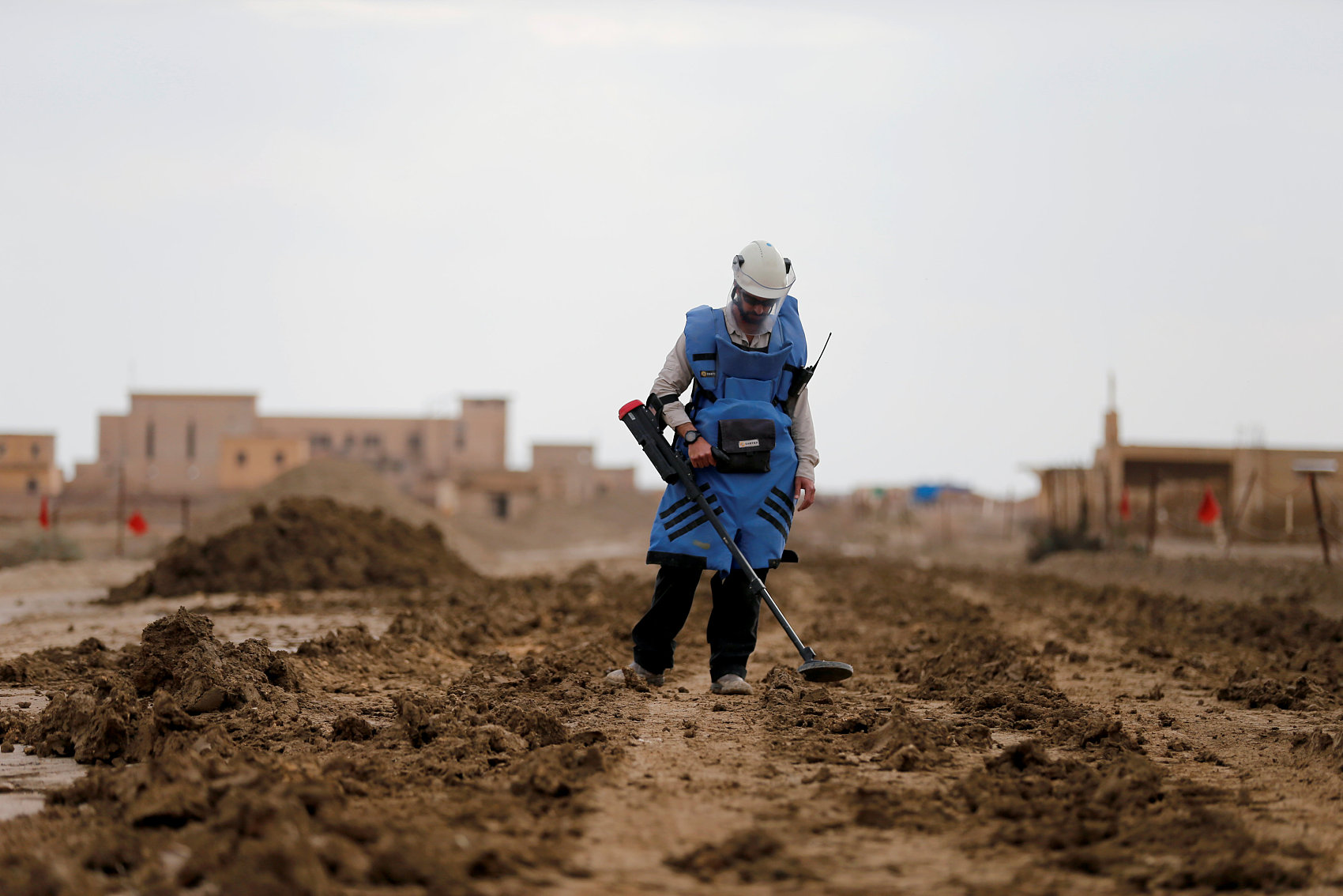 According to Landmine Monitor 2020, 2019 was the 5th consecutive year with high numbers of recorded casualties due to the indiscriminate use of antipersonnel mines and anti-vehicle mines, including improvised types, as well as cluster munition remnants and other explosive remnants of war (ERW).

The continuing high total recorded since 2014 mostly results from a large number of casualties in countries facing intensive armed conflict and involving the large-scale use of improvised mines, said the report.

Although the 2019 total indicated a decline from the 6,897 casualties of mines/ERW recorded in 2018, it was still 60 percent higher than the lowest determined annual number of 3,457 casualties in 2013.

On the coronavirus impact, the report said that the outbreak of the pandemic in early 2020 "generated a new set of unanticipated challenges" to which the mine action community had to adapt in order to stay focused on ending the suffering caused by landmines.

In 2020, "risk education has been greatly impacted by the COVID-19 pandemic as face-to-face sessions are often the most appropriate way to reach affected communities and to promote behavioral change," according to the report.

The impact of the pandemic "was compounded by years of under-resourcing for victim assistance activities in many countries," it said, adding that mine victims, especially in remote areas, often already struggled to reach or lacked access to adequate services.

On a positive note, the report said that states parties to the Mine Ban Treaty have destroyed over 55 million stockpiled antipersonnel mines, including more than 269,000 destroyed in 2019.

More than 80 percent of the world -- 164 countries -- have adopted the Mine Ban Treaty 23 years after it was drafted and signed, and most of the 33 countries that are not bound by it, comply nonetheless, the report added.

The Landmine Monitor report provides a global overview of the landmine situation, including progress toward a mine-free world and challenges such as non-state armed groups using antipersonnel mines, particularly of an improvised nature.