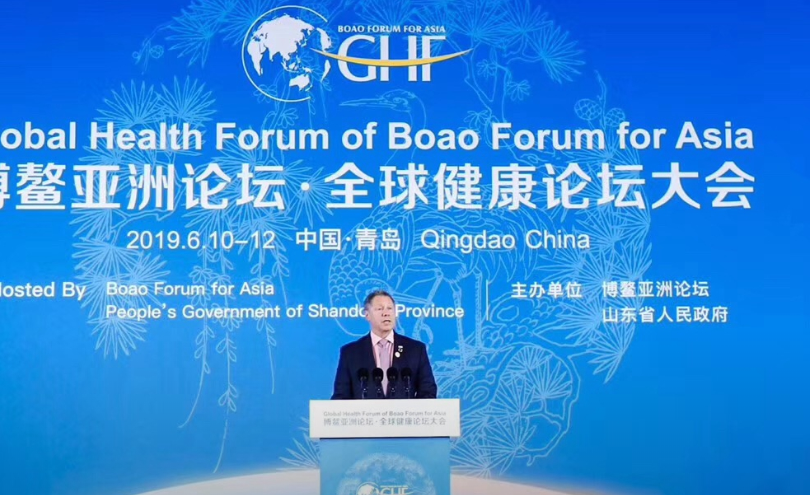 Vaccinations are a low cost and effective way to prevent disease, but there are still misconceptions being spread on the Internet, said Seth Berkley, CEO of the Global Alliance for Vaccines and Immunizations (GAVI), adding that false information should be stopped, otherwise it will “kill people.”

Berkley said the social media platforms should block misinformation about vaccines since it leads to vaccine hesitancy. He noted that the priority in reducing the number of illnesses is by preventing diseases.

Take the outbreak of typhoid in Pakistan for example. Berkley said they firstly use antibiotics to get rid of this disease, while Pakistan had resistance to five of the six effective antibiotics. “So in this case, a new vaccine that works in children, that has high efficacy, has been rolled out among the population, to both bring the outbreak under control but to reduce the use of antibiotics,” he added.

Meanwhile, Berkley emphasized a concept called herd immunity. It means if a child who has an immune problem or was treated for cancer, where the vaccine did not take, that child is protected by everybody else having been vaccinated around him.

Despite the considerable progress made by the global health community, there are still children who have not received a full course of basic vaccines. GAVI created a unique public-private partnership model that brings together governments, philanthropy organizations, along with the vaccine industry to improve vaccine coverage.

Berkley said China best demonstrates the value of the GAVI model. The country shifted from a GAVI recipient to a sustainable self-financing country and has gone on becoming a donor to GAVI. “We are buying not just vaccines but fridges and other technologies that China can bring to the rest of the world,” he said.

But, what’s important about healthcare is not limited to high technology medicine. Berkley said that is an end-stage thing.

“I mean when you are really sick, you want the best healthcare possible, but better not to get sick in the first place. So what’s going into Healthy China 2030 strategy is about behavior change… we know that 90percent of health problems can be dealt with in primary healthcare levels,” he said, “and that’s where the world today really has to move to.”