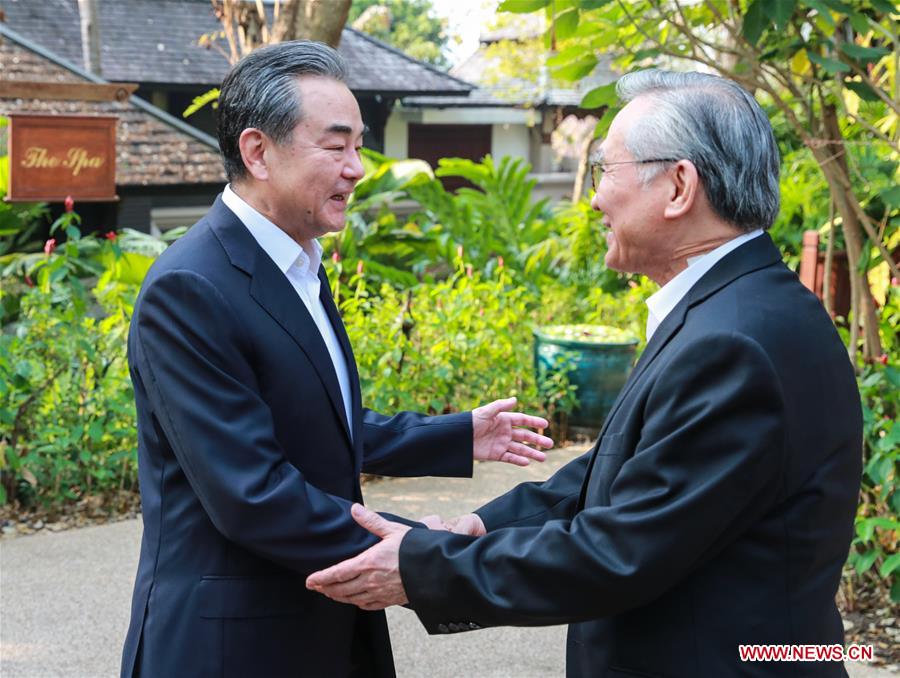 Thailand on Saturday noted with appreciation China's vision to conclude negotiations on the Code of Conduct in the South China Sea within three years.

Thai Foreign Minister Don Pramudwinai made the remarks during an in-depth exchange of views over the South China Sea with State Councilor and Foreign Minister Wang Yi, who is visiting Thailand for strategic consultation from Friday to Saturday.

Don said Thailand is willing to join hands with other ASEAN countries and actively push forward the speed and quality of negotiations with the goal of the vision China has proposed, according to a press release from the Foreign Ministry.

An early agreement on a code of conduct that is in line with regional reality and abided by all parties will benefit both the region and international community, he said.

Both sides spoke positively of the improving situation in the South China Sea and agreed that the momentum for enhancing dialogue, and controlling and managing disputes, as well as deepening cooperation, is continuously strengthening, according to the release.

They also stressed that related countries should continue to peacefully solve disputes through friendly negotiations and talks.

China and ASEAN countries, as signatories to the United Nations Convention on the Law of the Sea, will jointly safeguard the freedom of navigation and overflight in the South China Sea in accordance with the law to maintain the region's peace and stability, they added.

In November last year, at the China-ASEAN Leaders' Meeting in Singapore, leaders from 11 countries unanimously agreed to finish the first reading of the single draft negotiating text of the COC by 2019.

At that meeting, Premier Li Keqiang presented the vision that consultations on the COC should be concluded within three years.