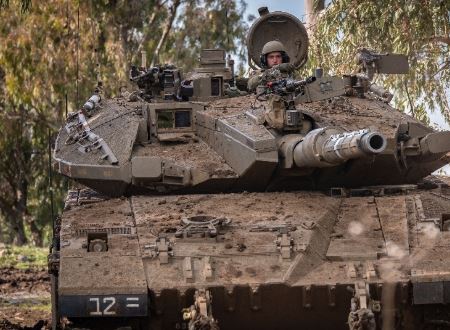 UNITED NATIONS, March 26 (Xinhua) -- The UN Security Council members from the European Union said Tuesday that they do not recognize Israel's sovereignty over the occupied Golan Heights.

The five members -- Belgium, Britain, France, Germany, and Poland -- issued a joint statement after US President Donald Trump's Monday proclamation to recognize Israel's sovereignty over the territory that Israel seized from Syria in 1967 and annexed in 1981.

"Our position on the status of the Golan Heights is well-known, and we would like to make it clear that this position has not changed. In line with international law and relevant Security Council resolutions, notably Resolutions 242 and 497, we do not recognize Israel's sovereignty over the territories occupied by Israel since June 1967, including the Golan Heights, and we do not consider them to be part of the territory of the State of Israel," said the statement, which was read out to reporters by Belgian UN ambassador Marc Pecsteen de Buytswerve.

"Annexation of territory by force is prohibited under international law. Any declaration of a unilateral border change goes against the foundation of the rules-based international order and the UN Charter."

The EU members of the Security Council also raised strong concerns about broader consequences of recognizing illegal annexation and about the broader regional consequences.