Atlanta police say six people injured by debris from a lightning strike at the Tour Championship have been treated and released. 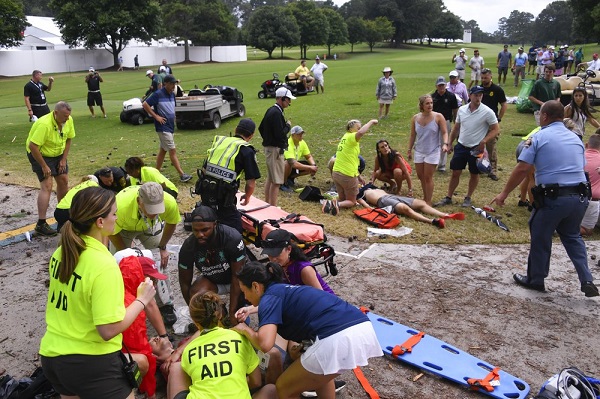 Spectators are tended to after a lightning strike on the East Lake Golf Club course left several injured during a weather delay in the third round of the Tour Championship golf tournament Saturday, Aug. 24, 2019, in Atlanta. (Photos: AP)

Authorities say the injured were five were men and one female juvenile. One was treated at East Lake Golf Club. The other five were taken to hospitals and released Saturday night. 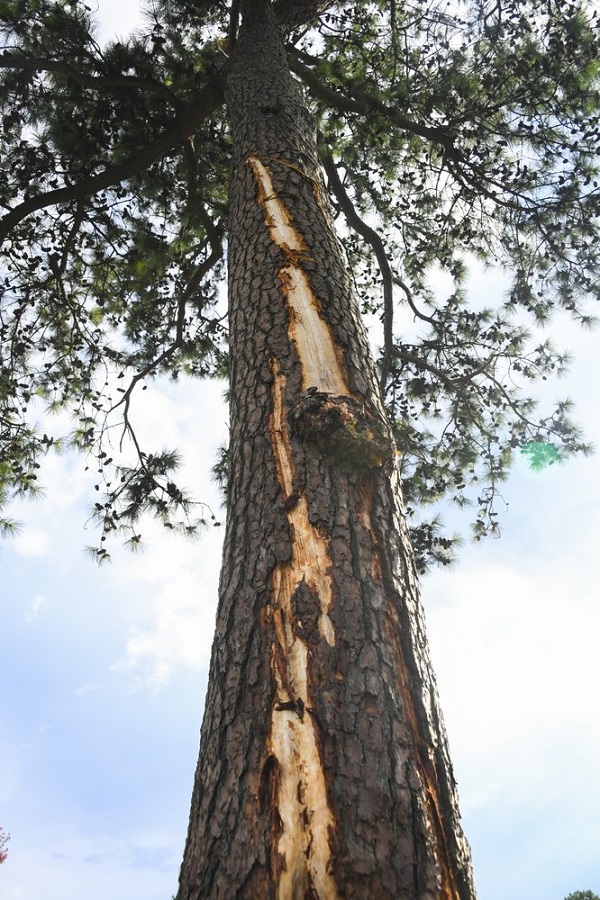 A pine tree is stripped of bark after being struck by lightning on the course at East Lake Golf Club during the third round of the Tour Championship golf tournament Saturday, Aug. 24, 2019, in Atlanta.

A powerful bolt struck a 60-foot pine near the 16th fairway about 30 minutes after the third round was suspended because of storms in the area. Lightning left a streak of torn bark, but the PGA Tour says the pine was determined to be safe.

Golf was suspended the rest of the day. The third round resumed Sunday morning, with the final round scheduled for the afternoon for the FedEx Cup and its $15 million prize.