WORLD Good post-Brexit trade deal "is there to be done": UK PM

Good post-Brexit trade deal "is there to be done": UK PM 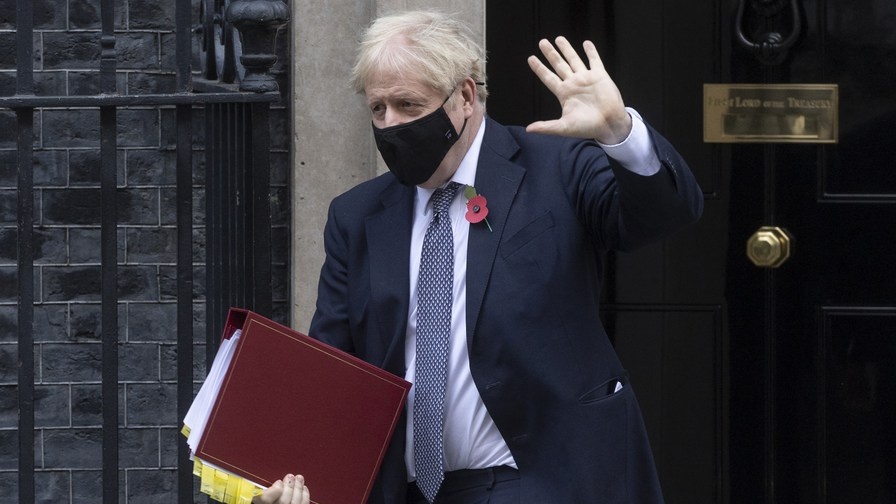 British Prime Minister Boris Johnson said Wednesday that "a good deal is there to be done" with the European Union (EU) on the post-Brexit trade relations, but he could not accept the terms the regional bloc is currently insisting.

Johnson made the remarks at Prime Minister's Questions in the House of Commons, lower part of the British Parliament, before heading to Brussels later Wednesday for a crunch meeting with European Commission President Ursula von der Leyen to seek a breakthrough in the deadlocked post-Brexit trade talks.

"Our friends in the EU are currently insisting if they pass a new law in the future which we don't comply, they have the automatic right to punish us...And they are insisting the UK should be the only country in the world not to have sovereign control over its fishing waters," said Johnson.

"I don't believe those are terms any prime minister of this country should accept," he said.

Johnson said that Britain would "prosper mightily" with or without a deal even though the British Office for Budget Responsibility and the governor of the Bank of England, Britain's central bank, have suggested otherwise.

In a bid to unlock the stalemate in post-Brexit trade talks, Johnson and Von der Leyen made a telephone call on Monday, their second one in 48 hours.

"We asked our chief negotiators and their teams to prepare an overview of the remaining differences to be discussed in a physical meeting in Brussels in the coming days," they said in a statement following the phone call.

The two leaders have had phone conversations several times instead of face-to-face discussions due to the COVID-19 pandemic.

To bring life back to normal, countries including Germany, China, Russia, and the United States are racing against time to find a vaccine.

The trade negotiations are at a crucial stage as time is running out for both sides to secure a deal before the Brexit transition period expires at the end of the year.

Failure to reach a free trade agreement means bilateral trade will fall back on World Trade Organization (WTO) rules in 2021.