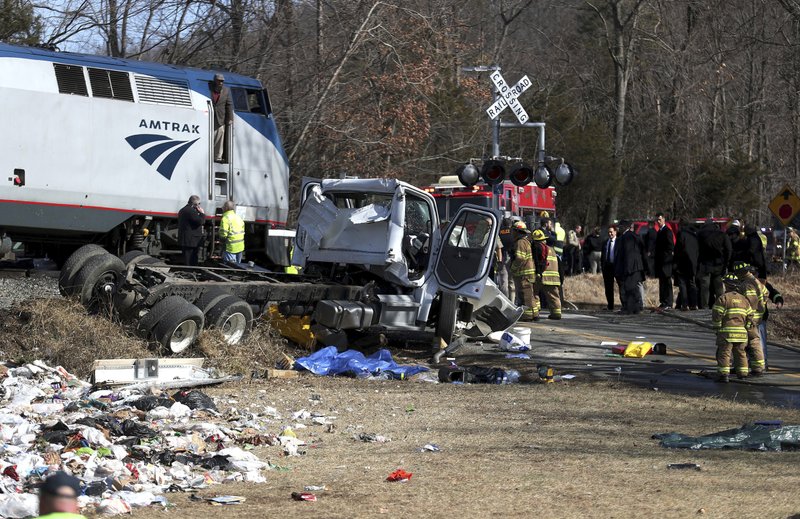 Republican members of Congress with medical experience put their skills to work after a train carrying dozens of them crashed into a garbage truck in rural Virginia, killing one person in the truck and injuring others.

The lawmakers were on their way to a strategy retreat in the countryside when the collision occurred around 11:20 a.m. Wednesday in Crozet, about 125 miles (200 kilometers) southwest of Washington.

No serious injuries were reported aboard the chartered Amtrak train, which set out from the nation’s capital with lawmakers, family members and staff for the luxury Greenbrier resort in White Sulphur Springs, West Virginia. At least two other people in the truck were reported seriously hurt.

Rep. James Comer of Kentucky said about 100 Republican lawmakers were on the train when the crash made him jump out of his seat.

Florida Rep. Neal Dunn, a former Army surgeon, said he and other lawmakers who are doctors joined other passengers who are nurses or paramedics and jumped out with the basic medical gear they had. They broke into three teams to help the injured people in the truck, he said.

“The first gentleman was somebody who had really, really, really devastating injuries. We did try to resuscitate, but ultimately you had to realize it wasn’t possible,” Dunn said.

Dunn said another man in the truck was critically injured and a third was seriously hurt.

Sen. Bill Cassidy of Louisiana and his wife, both doctors, were among those who came to the rescue. He said he helped a man from the truck who was badly injured.

“My role was quite simple: I picked up his feet so the blood in his feet would go to his heart and his brain,” Cassidy said.

Sen. Jeff Flake of Arizona said seeing the lawmakers tending to the injured reminded him of the shooting of Rep. Steve Scalise at a GOP baseball practice last June.

“I thought then I never want to experience a day like this again,” Flake said. “Unfortunately, it came too soon.”