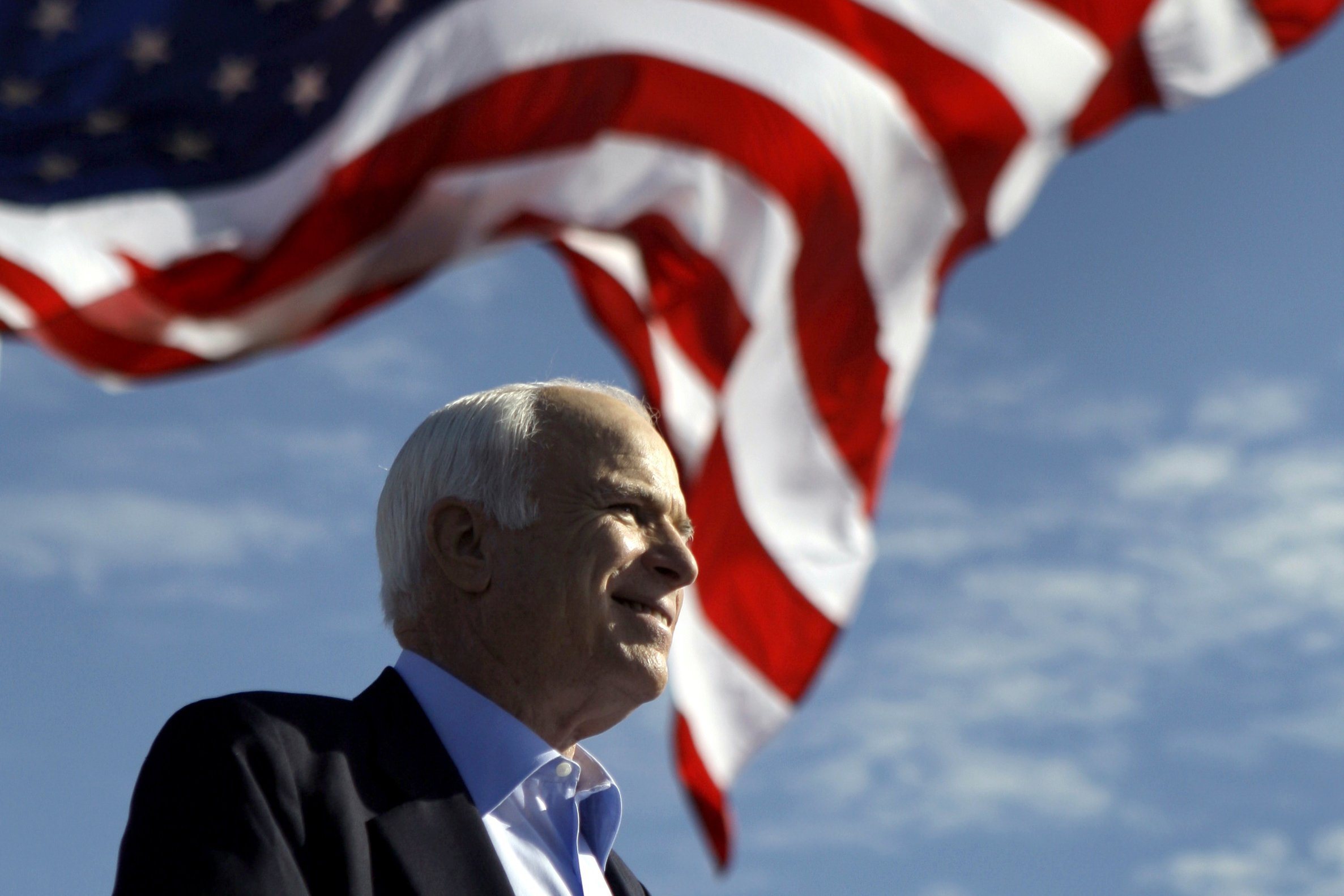 Some Republican senators defended late John McCain as a “hero” on Wednesday after President Donald Trump again denounced the Arizonan, who died of brain cancer in August.

Senate Majority Leader Mitch McConnell tweeted that he misses his friend “today and every day.”

“It was a blessing to serve alongside a rare patriot and genuine American hero in the Senate,” the Kentucky Republican tweeted. “His memory continues to remind me every day that our nation is sustained by the sacrifices of heroes.”

“The McCain family deserves better, I don’t care if he’s president of United States, owns all the real estate in New York, or is building the greatest immigration system in the world,” Isakson told The Bulwark, a conservative news and opinion website.

Also weighing in was Sen. Martha McSally, who now holds McCain’s Senate seat, who tweeted, “John McCain is an American hero and I am thankful for his life of service and legacy to our country and Arizona. Everyone should give him and his family the respect, admiration, and peace they deserve.”

The comments were pointed jabs at Trump, who for years said he does not believe McCain was a hero because he was captured during the Vietnam War. McCain was held prisoner and tortured for more than five years .

McCain went on to serve for more than three decades in the Senate, including as chairman of the Armed Services Committee. In one of his last acts, he cast the deciding vote against the Republican bill to repeal the “Obamacare” health care law.

It was the thumbs-down Trump can’t seem to forget. He said this week he was “never a fan” of the former GOP presidential candidate and “never will be.” Over the weekend, Trump renewed his long-running grievances in caustic tweets.

Most Republicans remained reticent about speaking out against Trump, who is famous for measuring who is on his side and threatening to mobilize his followers against Republicans he deems disloyal.

But this week, some members of the president’s party are pushing back — some mildly — against Trump’s continuing commentary on McCain.

“I can’t understand why the President would, once again, disparage a man as exemplary as my friend John McCain: heroic, courageous, patriotic, honorable, self-effacing, self-sacrificing, empathetic, and driven by duty to family, country, and God,” Romney wrote.