WORLD GOP still ahead in race for House

GOP still ahead in race for House 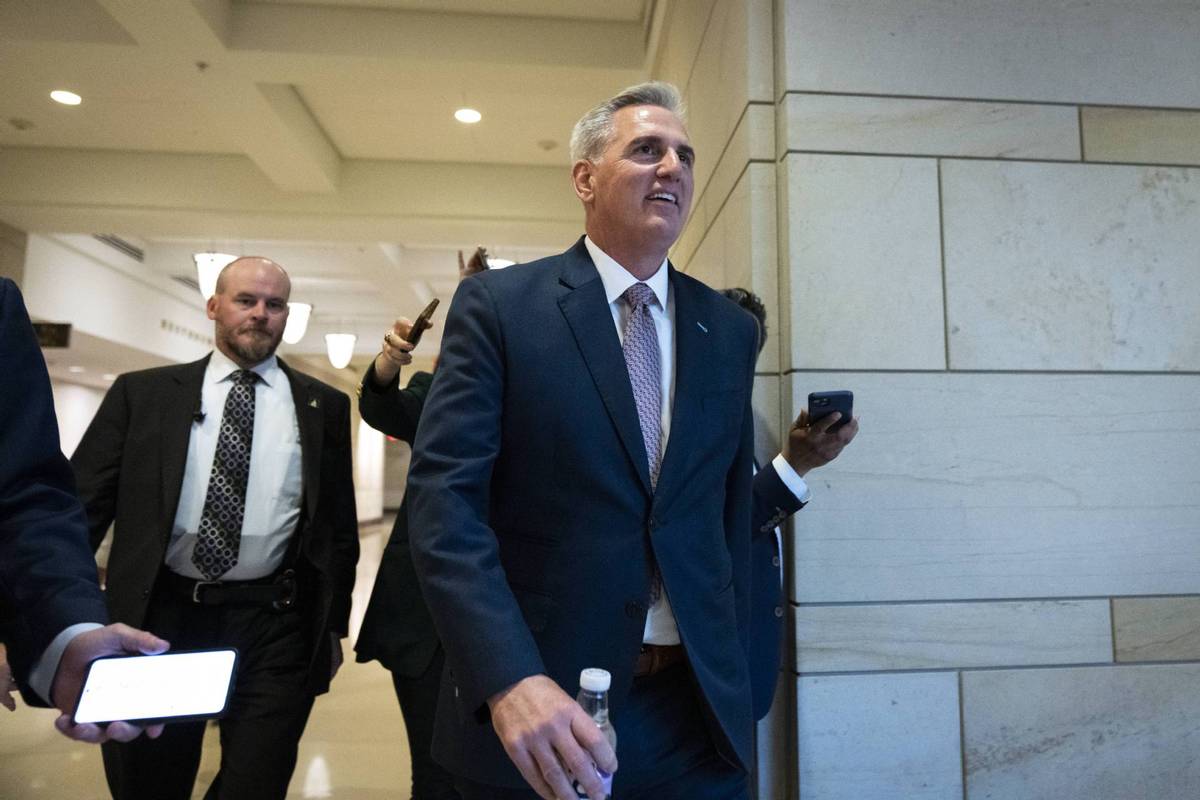 House Minority Leader Kevin McCarthy walks to a House Republican Caucus meeting at the US Capitol on Nov 14, 2022 in Washington, DC. [Photo/Agencies]

Republicans remained ahead of Democrats on Monday in a bid to win a narrow majority of seats in the US House of Representatives, with 19 races still undecided.

It takes 218 to control the 435-member House, and the GOP is leading in 222 districts, according to a New York Times database.

House Minority Leader Kevin McCarthy, a California Republican, on Tuesday will seek to become House speaker in January if his party wins control from Democrats. It will take a majority of House Republicans for him to win.

But various media reports said Monday that hard-liners in the pro-Donald Trump House Freedom Caucus are demanding major concessions from McCarthy in return for supporting him for the top job.

In the hotly contested race for Arizona governor between Democrat Katie Hobbs, the secretary of state, and Republican Kari Lake, a former television news anchor, Lake trailed Hobbs on Monday by 26,000 votes, with about 160,000 votes left to be counted, according to The Hill.

Lake may not be in the range that would trigger a recount, which occurs when no more than 0.5 percent of the vote separates the candidates. Lake has been among the nation's most outspoken promoters of former president Donald Trump's claims that he was cheated out of victory in the 2020 election.

As Trump prepares to announce a third presidential campaign at his Florida estate Mar-a-Lago on Tuesday night, his former vice-president Mike Pence, who is considering a run for the GOP nomination, criticized Trump for assailing him during the Capitol riot on Jan 6, 2021.

Pence told ABC News in an interview that aired Sunday and Monday that he was "angered" by Trump's "reckless" tweet criticizing him during the Capitol attack.

In his tweet, Trump said, "Mike Pence didn't have the courage to do what should have been done," a reference to Pence's refusal to decide which electoral votes should or should not be certified.

"It angered me,'' Pence said. "But I turned to my daughter, who was standing nearby, and I said, 'It doesn't take courage to break the law, it takes courage to uphold the law.'"

Added Pence: "I mean, the president's words were reckless. It was clear he decided to be part of the problem."

Democrats won control of the Senate on Saturday night with the come-from-behind victory of Senator Catherine Cortez Masto in Nevada, which gave them their 50th seat and voting control because Vice-President Kamala Harris can cast tiebreaking votes.

The final numbers in the Senate won't be known until after a runoff on Dec 6 in Georgia between Democrat Raphael Warnock and Republican Herschel Walker. If Warnock, who's running for a full six-year term, wins, Democrats will have a 51-49 majority.