Gore, who won the Nobel Peace Prize in 2007 for his climate change activism, said that as far as government policies are concerned, China continues to offer leadership on climate change in many areas. 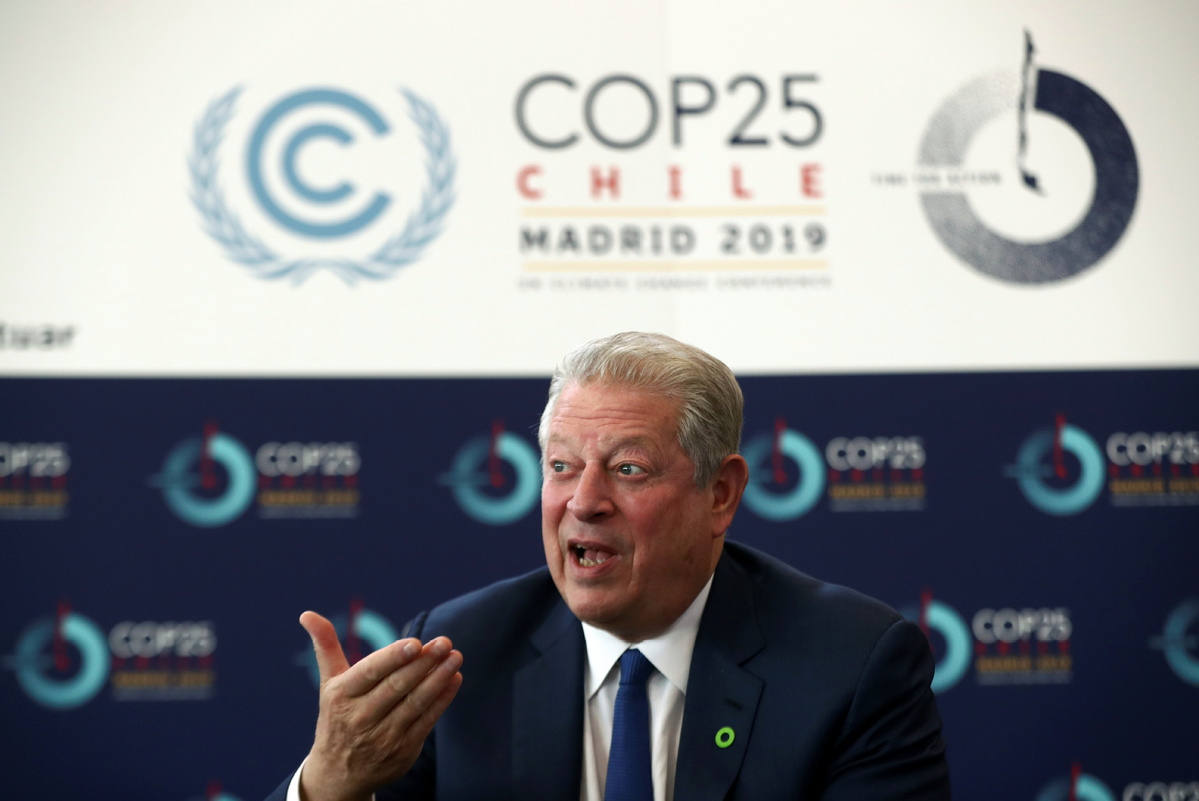 The multiple facts he cited included China being on track to meet its commitment in the Paris Agreement; China being the global leader in financing renewable energy development; China leading the world in the deployment of renewable energy, with more than half of all its new electricity generation to come from solar and wind; and China leading the world in electric vehicles.

Gore, who served as US vice-president from 1993 to 2001 under Bill Clinton, described the bilateral relationship between the United States and China as "by far the most important one in the world".

"It is worth remembering in this unusual time that the greatest progress the world has made on climate has come when China and the United States have been able to work together," he told a climate seminar on Thursday morning at the China Pavilion of the United Nations Climate Change Conference, or COP25. It was attended also by China's Vice-Minister of Ecology and Environment Zhao Yingmin and China Vanke chairman Wang Shi.

Gore said that the majority of people in the US had expressed very strong views about the climate crisis. And he hoped that when the world gathered in Glasgow, in the United Kingdom, next year for COP26, there would be "an opportunity for China and the US once again to work together very, very closely".

The COP26, to be held over Nov 9-19, will call on 195 nations in the world to raise their ambition by committing to steeper reductions in carbon emissions.

Gore said it was impossible to gain an accurate perspective on how incredibly serious this environmental crisis was for the people of China, the US and the entire world.

"It is outside the boundaries of our moral imagination, but we must find some ways to understand in our hearts as well as in our heads that the decisions made by those of us who are alive right now will have a profound impact on the future of the human species," he said.

Gore's 2006 documentary, An Inconvenient Truth, has educated many people in the world about the urgent need to tackle the climate crisis.