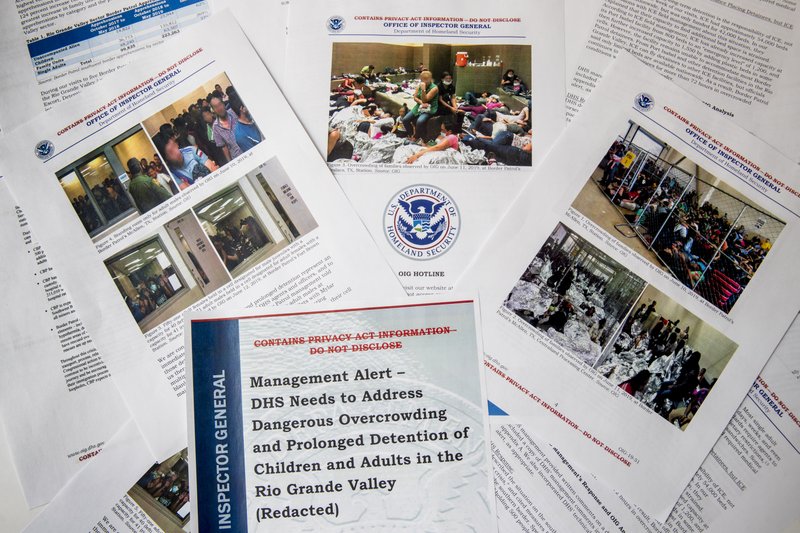 In one photo, one of 88 men in a cell meant for 41 presses a piece of cardboard against the window, with the word “help.” In another, a man lowers his head and clasps his hands as if in prayer. And in a third, a woman wearing a surgical mask presses both of her hands against the glass.

The images were released Tuesday by US government inspectors who visited facilities in South Texas where migrant adults and children who crossed the nearby border with Mexico are processed and detained. 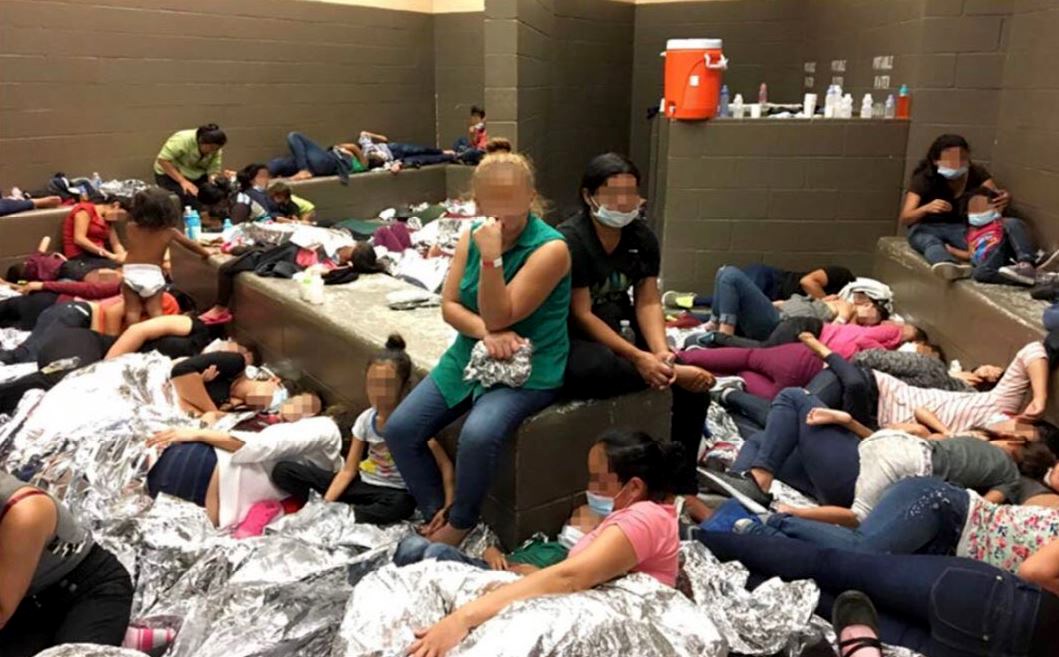 Overcrowding at a Border Patrol station in Weslaco, Texas, observed by staff of the Department of Homeland Security Office of the Inspector General. Faces blurred by source.(Photos:Office of Inspector General)

As public outrage grows over the conditions in which thousands of people — some no more than a few months old — are being held by the U.S. government, the report offered new cause for alarm. It quotes one senior government manager as calling the situation “a ticking time bomb.” 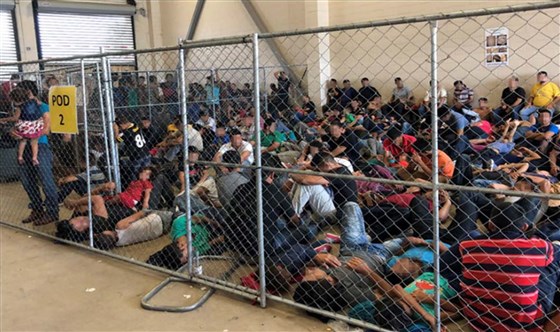 Overcrowding of families observed by the Department of Homeland Security Office of Inspector General on June 10, 2019, at Border Patrol's McAllen, Texas, station.

An autopsy report also released Tuesday confirmed that a 2-year-old child who died in April had multiple intestinal and infectious respiratory diseases, including the flu. Wilmer Josué Ramírez Vásquez is one of five children to die after being detained by border agents since late last year. Two of the other four also had the flu.