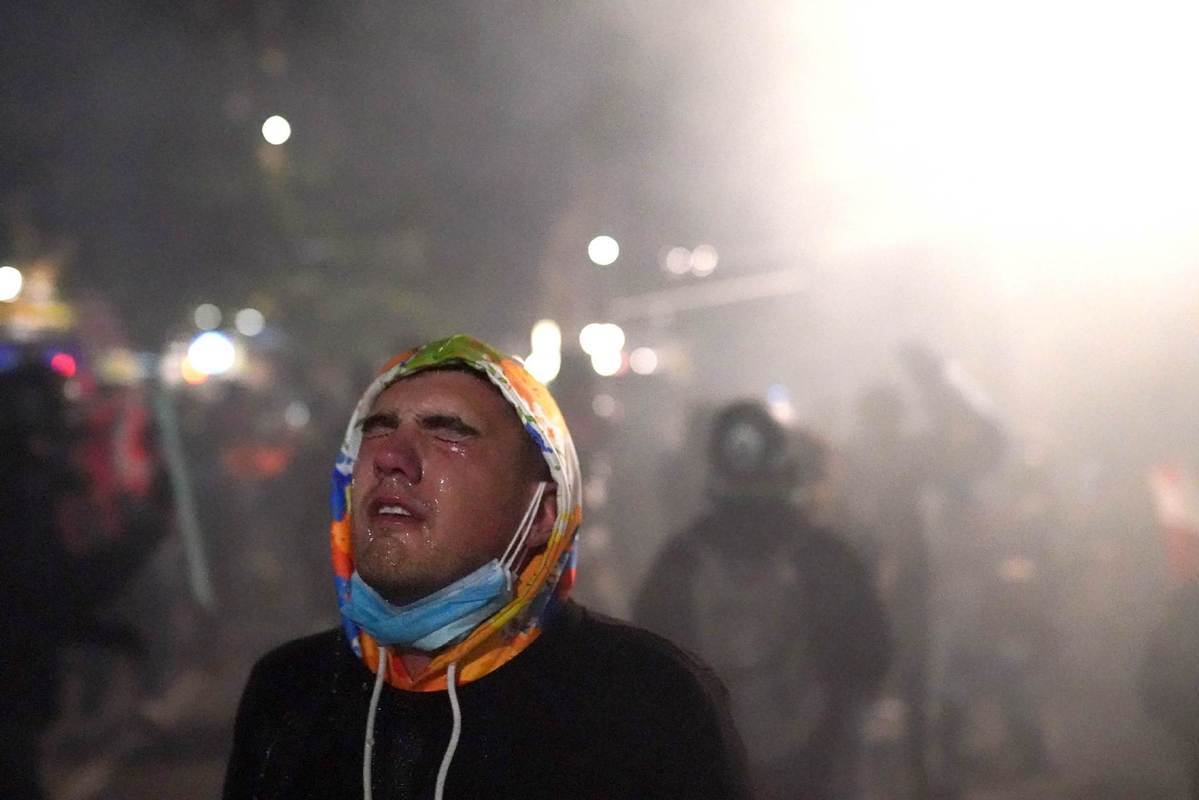 A protester recovers from tear gas fired by federal officers during crowd dispersal at the Mark O. Hatfield US Courthouse on July 22, 2020 in Portland, Oregon. (Photo: Agencies)

WASHINGTON -- The inspector general for the US Department of Justice (DOJ) announced on Thursday the launch of a probe into actions of federal law enforcement agents against protesters in two US cities.

Inspector General Michael Horowitz said in a statement that his office is initiating a review to "examine the DOJ's and its law enforcement components' roles and responsibilities in responding to protest activity and civil unrest in Washington, DC, and in Portland, Oregon over the prior two months."

The review "will include examining the training and instruction that was provided to the DOJ law enforcement personnel; compliance with applicable identification requirements, rules of engagement, and legal authorities; and adherence to DOJ policies regarding the use of less-lethal munitions, chemical agents, and other uses of force."

Demonstrations against police brutality and racism erupted across the United States following the death of George Floyd, an African American who died in police custody late May.

Some of the demonstrations triggered violent clashes with police, vandalism, arson and looting.

On June 1, federal agents cleared Lafayette Square, located north of the White House, of protesters before US President Donald Trump and senior officials walked to a nearby church that had been vandalized.

Horowitz said on Thursday that the incident will be reviewed with the Interior Department inspector general's office.

In Portland, demonstrations have continued for nearly two months marked by frequent clashes between police and protesters.

Last week, Trump dispatched federal agents to Portland over the objections of state and local officials.