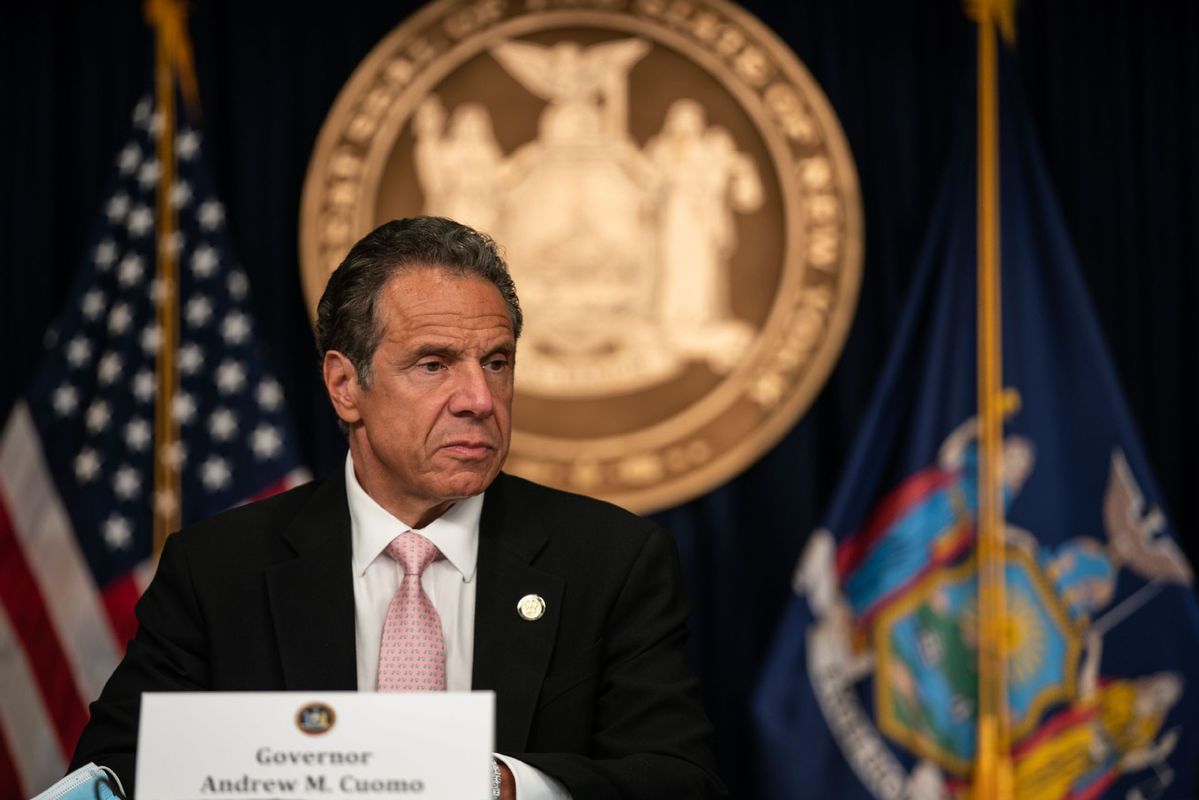 Andrew Cuomo speaks during the daily media briefing at the Office of the Governor of the State of New York on June 12, 2020 in New York City. (Photo: Agencies)

While more than 20 states in the US are seeing increases in COVID-19 cases, New York state, which was hit the hardest by the novel coronavirus, is reporting the lowest number of deaths and record low hospitalizations since the virus hit the state in March.

"We did it," Governor Andrew Cuomo said Saturday. "We have tamed the beast.

"We haven't killed the beast, but we are ahead of it," he added. "We are in control of our own destiny."

Cuomo said that the state's death toll — 32 on Friday — was the lowest since the beginning of the pandemic in March "when this nightmare began".

Statewide patient hospitalizations also reached a new low of 1,734, with positive test rates stable at 1.8 percent in the city, an encouraging sign, the governor said.

But on Saturday, viral videos showing hundreds of people partying in the streets of Manhattan's East Village area without masks or social distancing while illegally drinking outdoors prompted Cuomo to tweet: "Don't make me come down there."

Cuomo warned New York City and Long Island officials on Sunday that their reopenings were at risk if they do not stop further large public gatherings that he said are threatening progress on curbing the spread of the virus.

"We're not going to go back to that dark place because local governments didn't do their job" and people don't take the proper precautions, Cuomo said, adding that he personally called "a couple of bars and restaurants myself when I saw pictures of their situations (and told) them, 'You're playing with your (liquor) license.'"

Cuomo said there have been 25,000 complaints of violations of social distancing and other emergency requirements statewide, mostly in Manhattan and the Hamptons, an affluent beach area on Long Island.

"Yes, there is a very real possibility that we would roll back the reopening in those areas," he said at a briefing Sunday.

Meanwhile, the US Centers for Disease Control and Prevention (CDC) said Friday that its forecasts suggest the US will likely see 124,000 to 140,000 COVID-19 deaths by July Fourth, Independence Day.

The CDC said that the forecasts suggested that more virus-related deaths were likely over the next four weeks in Arizona, Arkansas, Hawaii, North Carolina, Utah and Vermont than those states saw over the past four weeks.

As of Sunday, more than 2 million people in the US have been infected by the virus and at least 115,000 have died from it, according to data from Johns Hopkins University.

The CDC also released new information about the risks of holding events. It labeled "highest risk" any large gathering that draws attendees from outside the area or where it is difficult for people to stay at least 6 feet apart.

The CDC guidance comes amid massive nationwide street protests against police brutality and as US President Donald Trump prepares to hold his first large indoor political rally since March.