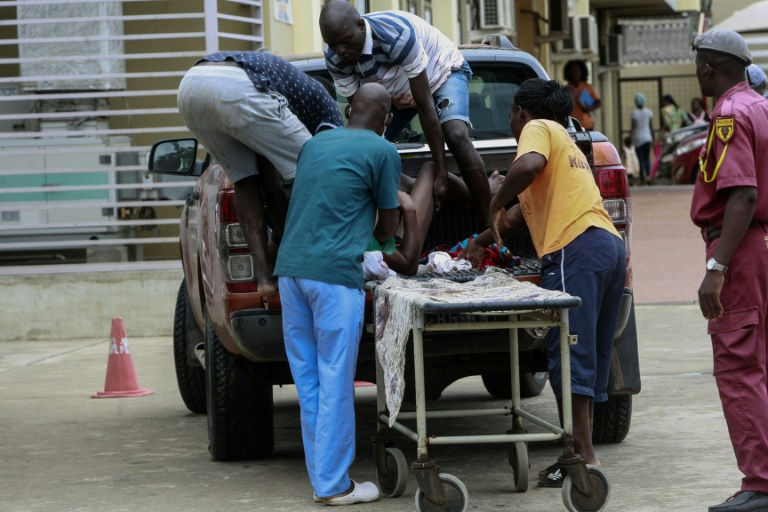 A malaria-stricken patient is taken to hospital in Luanda (Photo: AFP)

Since the start of the year more than 300,000 cases of the disease have been reported across the country, leading to at least a thousand deaths.

The toll, say experts, is a clear sign of the poverty and failings of governance in a country which, paradoxically, is one of Africa's top oil producers.

"The number is frightening," said Jose Antonio, the director of public health in Kilamba Kiaxi, a poor neighbourhood of the capital.

Luanda province, which includes the capital, has been the hardest hit with more than 75,225 cases and 117 deaths followed by Benguela in the west of the country where 43,751 cases and 213 deaths have been reported.

Sub-Saharan Africa accounts for 90 percent of malaria cases worldwide and 92 percent of deaths caused by the condition that is spread by infected mosquitoes. Malaria remains one of the leading causes of premature death in Angola and every year public hospitals are deluged with patients battling the disease.

In the Cajueiros clinic, in the heart of the densely populated Cazenga neighbourhood in Luanda, dozens of mothers and their children queued for medical consultations.

"Every day we record at least 15 to 20 cases of malaria in our hospital," said paediatrician Miguel Sebastiao. That compared to just one or two in the dry season.

"They don't give us any medicine here. You can have a free consultation but they just give you a prescription to go and buy drugs at a pharmacy," complained Rosa Eduarte, who had come to seek a diagnosis for her five-year-old daughter.

Because of her precarious financial position, she had no other choice than to visit a public hospital, which typically lacks even basic supplies like cotton wool, syringes, latex gloves and, crucially, medicines.

"We don't have any tablets here," said Marcelina Paulina, a nurse at the Palanca Dona Paulina hospital in Luanda.

Ana Joaquina lost her sister at the end of February.

"The doctors diagnosed malaria. The hospital didn't have any money to buy medicines. She is dead," said Joaquina matter-of-factly.

Like all of Angola's other public services, health care has been starved of resources by the economic crisis that has plagued the country since oil prices collapsed in 2014.

In 2016 an outbreak of yellow fever killed almost 400 people and shone a light on the risible state of government-run healthcare.

The system has also suffered from chronic corruption, according to doctors and opposition politicians.

"It's easier to buy luxury cars for the hospital managers than it is to buy medical supplies," said Maurilio Luyele, a medical doctor who is also a lawmaker for the opposition Unita party.

Last month, three senior officials were sentenced to eight years imprisonment after embezzling $2 million (1.6 million euros) that was intended for the fight against malaria. 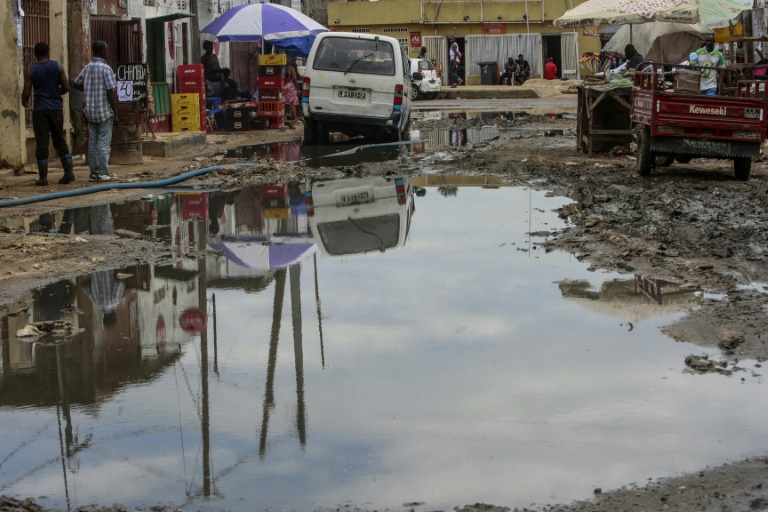 Stagnant water gathers across a road in a Luanda slum -- an ideal breeding ground for mosquitoes (Photo: AFP)

Even if Angola had the "best medicine in the world," the issue of malaria will persist "while we don't resolve the problem of rubbish piling up in the streets, of stagnant water and a lack of hygiene," said Sebastiao, the paediatrician.

Refuse collectors have not visited some parts of Luanda for months, another service that is also afflicted by corruption.

Some quarters of Luanda have been transformed into open-air dumps as local authorities grapple with limited budgets and the small number of companies providing refuse services.

During the rainy season from September to May, roads and public spaces are transformed into marshes with floating detritus -- a paradise for mosquitoes.

Faced with a growing crisis, the government of new president Joao Lourenco who took office in September last month launched an emergency plan to fight the malaria epidemic with mass insect fumigation and the distribution of mosquito nets.