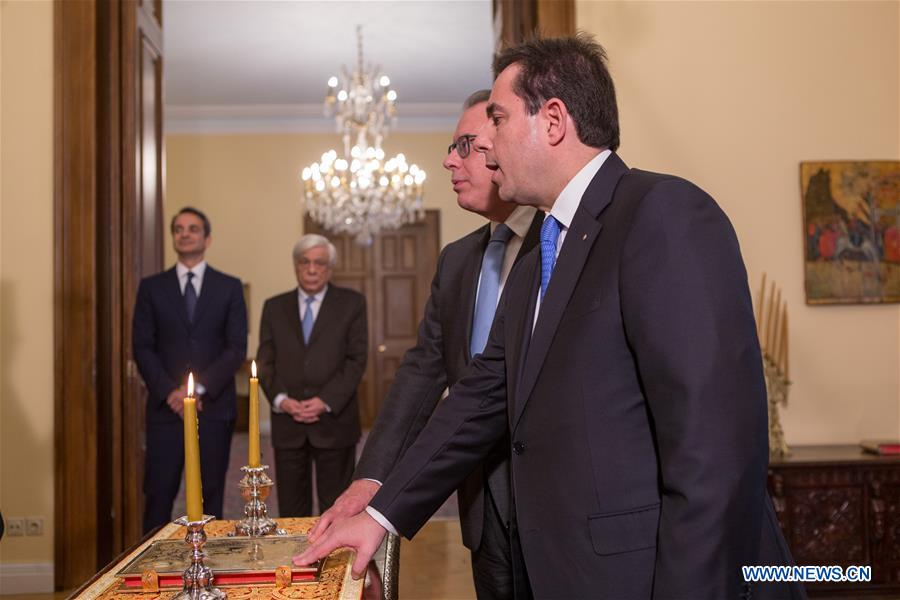 Greece announced on Wednesday to set up a new Ministry of Migration and Asylum in a bid to effectively address the continuing refugee, migrant influx.

In his first remarks after his appointment, Mitarakis said the goal is to implement quickly the policy plan drafted in recent months "which is in the right direction," local news site in.gr reported.

George Koumoutsakos, will take over as Alternate Minister for the new body.

"The government, from the first moment, followed a different policy on the refugee-migration issue, with a comprehensive plan based on four axes: guarding the borders, speeding up asylum procedures, increased returns and closed pre-departure centers... What is needed is a faster implementation of this plan," read an e-mailed press statement issued by government spokesperson Stelios Petsas who announced the establishment of the new ministry earlier on Wednesday.

The government's plan which was outlined by Petsas in November, foresees among others the creation of new reception centers on the islands in the Aegean Sea which have received the bulk of refugee, migrant arrivals since 2015, as well as the mainland.

According to the plan, each of the new facilities will host up to 5,000 people. These new centers will replace the overcrowded camps such as Moria on Lesbos island.

A new spike in arrivals in recent months, combined with bureaucratic delays in the assessment of thousands of asylum applications and returns to Turkey, have resulted in overflowing camps where people are in difficult conditions and tension is rising high.

According to the latest data provided by the Greek government this week, Moria camp now hosts 19,111 persons while its capacity is 2,840.

The islands in the Aegean Sea are accommodating 41,845 persons, while hundreds arrive on a daily basis, according to the official figures.

Greece currently hosts about 100,000 refugees and migrants. Many have been stuck in the country since 2016, after the closure of the Balkan route to Central Europe and following the EU-Turkey agreement in 2016 which aimed to stem the influx.

A total of 59,457 refugees and migrants last year crossed the Aegean Sea, while 14,891 people entered Greece from Turkey through their land border in the north.

Under the government plan, thousands of people will be transferred to new facilities in the mainland in coming weeks and months to decongest the islands and the goal is to also increase returns to Turkey of those non-eligible for asylum.

During a regular press briefing on Tuesday, Petsas said that tangible results will be seen on the islands in the first months of 2020.