Greece on Thursday cancelled all carnival festivities planned for the weekend as two new coronavirus cases were found in Thessaloniki and Athens, raising the total to three, officials said. 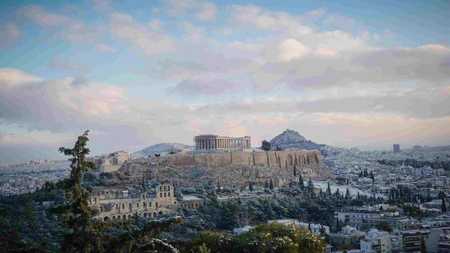 "Based on (expert) recommendation, and to protect public health... we have decided to cancel carnival events in all of Greece, as other European countries have done," health minister Vassilis Kikilias told a news conference.

The health ministry said the son of a 38-year-old woman already hospitalised with the virus after returning from a trip to northern Italy had also tested positive.

The boy's school in Thessaloniki will be shut for two weeks and his entire class will stay at home, the school's principal told state TV ERT.

The third case was located in Athens, a woman who had also travelled to Italy, the ministry's spokesman on the virus Sotiris Tsiodras told reporters.

There is a major shortage of protective masks in Greece, with pharmacists only accepting orders for two items per person, and prices spiking.

The Greek government this week said a shutdown of some public areas and travel restrictions would be activated in case of a mass outbreak.

The measures, contained in a government decree, include temporary travel bans to and from countries with a large number of infections, and enable beds to be requisitioned in hotels and private clinics.

"We are ready to do whatever is necessary to protect public health," government spokesman Stelios Petsas told reporters.