Greek authorities ordered the evacuation of more villages threatened by a forest fire on Thursday as winds strengthened and firefighters battled the blaze, which had already scorched 20 square kilometres of woodland. 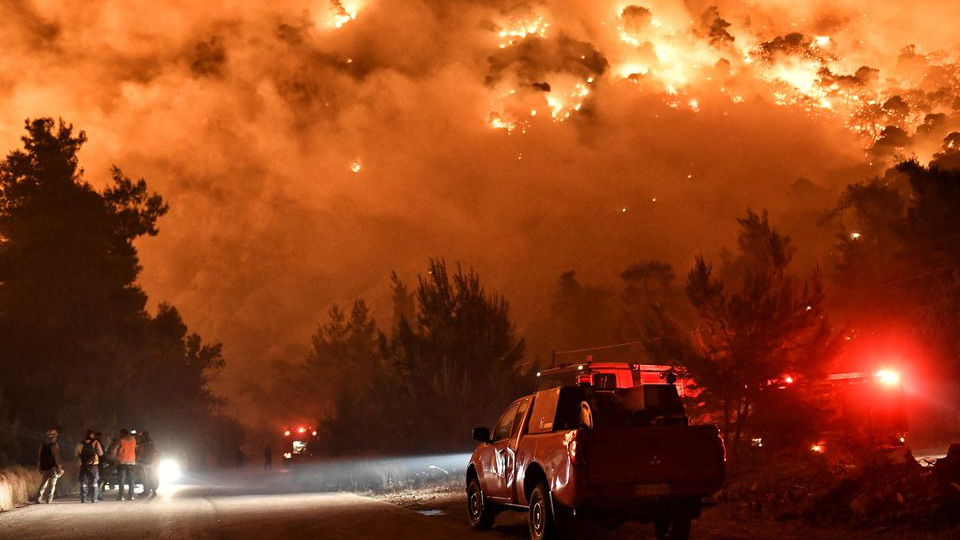 Flames rise as firefighters and volunteers try to extinguish a fire burning in the village of Schinos, near Corinth, Greece, May 19, 2021. /Reuters via CGTN

No deaths were reported as a result of the fire, which broke out on Wednesday night in a forest at a small seaside holiday resort on the Gulf of Corinth, about 90 kilometers west of the capital, Athens.

Seven villages and two monasteries in the Geraneia mountains have been evacuated since Wednesday night after the blaze moved eastward and crossed into western Attica province.

Residents of four more villages received a text message from the authorities earlier on Thursday, advising them to leave their homes and move towards the town of Megara.

"They were asked to move away as wind speed strengthened to eight on the Beaufort scale," a fire brigade official said.

The fire has burnt mainly woodland and thick vegetation, another fire brigade official said. State television showed images of some holiday homes and electricity pylons damaged by the blaze.

In parts of Athens, the smell of fire was suffocating and the sky had turned grey from the smoke.

More than 200 firefighters were battling the blaze, backed by more than 80 fire trucks, 17 aircraft and one helicopter, the fire brigade said.