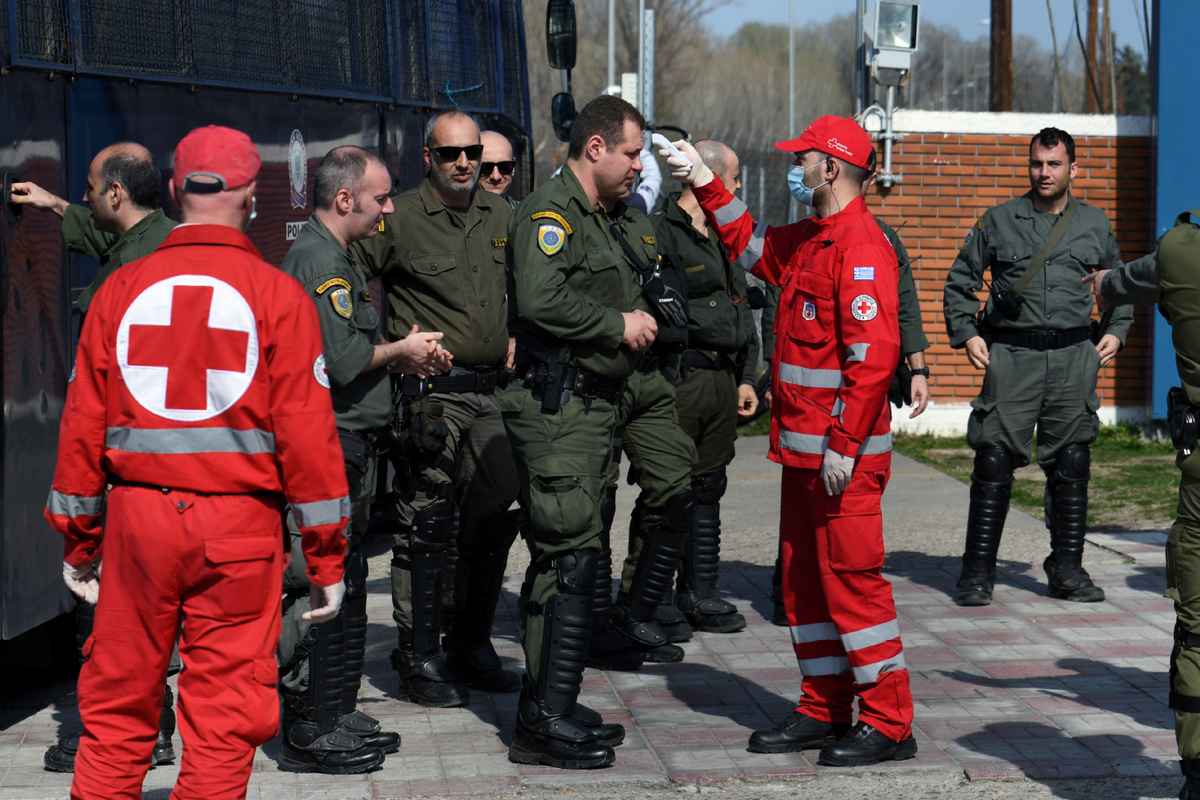 Greek authorities have expressed alarm after the Turkish foreign minister suggested migrants and refugees would soon return to their land border as the two countries emerge from novel coronavirus lockdowns.

"Due to the pandemic, the movement of migrants has slowed down, but they will definitely want to leave after the outbreak," Turkish Foreign Minister Mevlut Cavusoglu told a local television station in the Mediterranean tourism hub of Antalya.

There have been renewed tensions in recent days, as Greece moved to extend a fence on the border with Turkey, which is also the external border of the European Union.

In February, Turkish President Recep Tayyip Erdogan declared the doors to Europe were open and migrants free to cross into Greece, and these latest comments have sparked fears in Athens of a repetition of the crisis that then erupted on the border as more than 10,000 refugees attempted to cross.

Greece is hosting nearly 37,000 asylum-seekers at Aegean island refugee camps that are vastly overcrowded. Conditions in the island camps have worsened as a result of restrictive measures to stem the spread of the virus, some human rights groups claim.

Angelos Syrigos, a professor of international law at Panteion University in Athens and a member of Parliament from the governing New Democracy party, told The Guardian newspaper that tensions were rising on all fronts.

Syrigos said: "It is clear Turkey wants to continue weaponizing migrants and refugees to extract European support for its geopolitical goals. My worry is that very soon we could see a new border crisis."

Athens has sent military patrols to the land border while deploying gunships and coast guard vessels off the Turkish coast.

The EU border agency Frontex, which is participating in the patrols, has reportedly also predicted that the easing of coronavirus restrictions in Turkey will likely result in thousands of refugees attempting to cross into Greece.

Documents from the agency seen by the German newspaper Die Welt suggested a mass movement of people toward the Greek-Turkish border and shores opposite outlying Aegean islands.

Meanwhile, Greek Prime Minister Kyriakos Mitsotakis announced that the country's borders will be open from June 15 to international tourism except for countries with poor epidemiological data.

He made the comments during an interview published on Tuesday in the German newspaper Bild, in which he stressed that the safe return of tourism flows into Greece and economic recovery from the coronavirus pandemic were the focal point of his government.