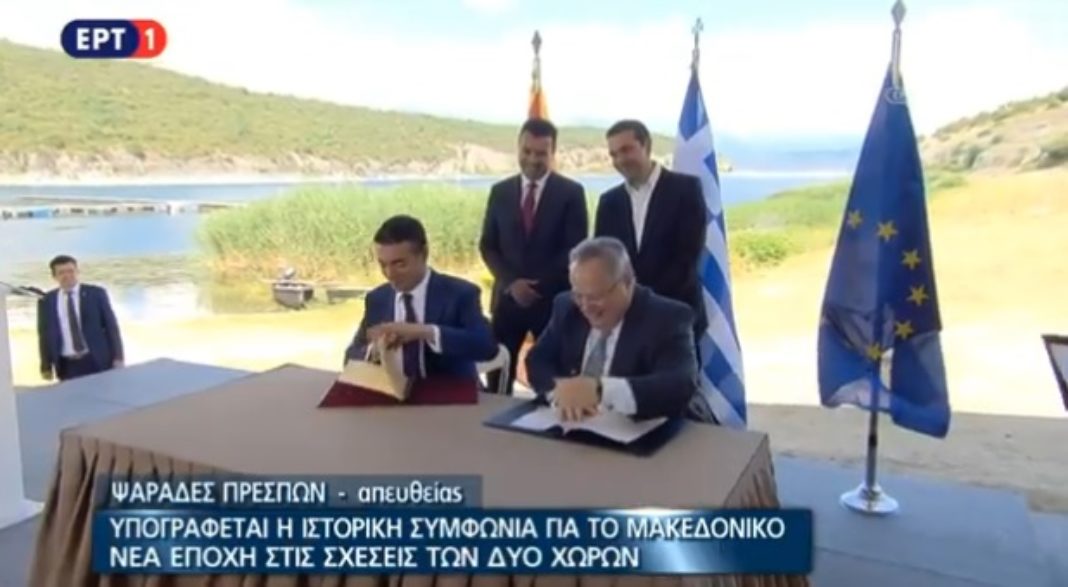 Rome (People’s Daily) - Greece and the Former Yugoslav Republic of Macedonia (FYROM) signed a landmark agreement on Sunday that is a step toward ending a 27- year dispute over the name of Macedonia.

Nikos Kotzias and Nikola Dimitrov, the Greek and FYROM foreign ministers signed the document near the border of the two countries. Greek Prime Minister Alexis Tsipras and his counterpart Zoran Zaev witnessed the signing ceremony.

“It is a deal that respects both countries’ fundamental values,” Greek Prime Minister Alexis Tsipras said.

“This agreement is a step with which the two countries are healing from the past and are looking to the future,” Zaev said.

According to the new agreement, the Former Yugoslav Republic of Macedonia would change its name to Republic of North Macedonia.

FYROM, the tiny Balkan country has repeatedly tried to join the EU and NATO. As a member of NATO and the EU, Greece has blocked FYROM’s membership talk attempts with NATO and EU. Thus, the agreement is not only seen as a big breakthrough for ending the two countries’ decades-long dispute, but also an important step paving the way for FYROM 's entry to NATO and the EU.

The agreement received a wide welcome and praise from Europe and the world after it was reached on June 12.

“Thanks to you, the impossible is becoming possible,” European Council President Donald Tusk said as he congratulated both sides immediately after Greece and FYROM reached a historic deal. 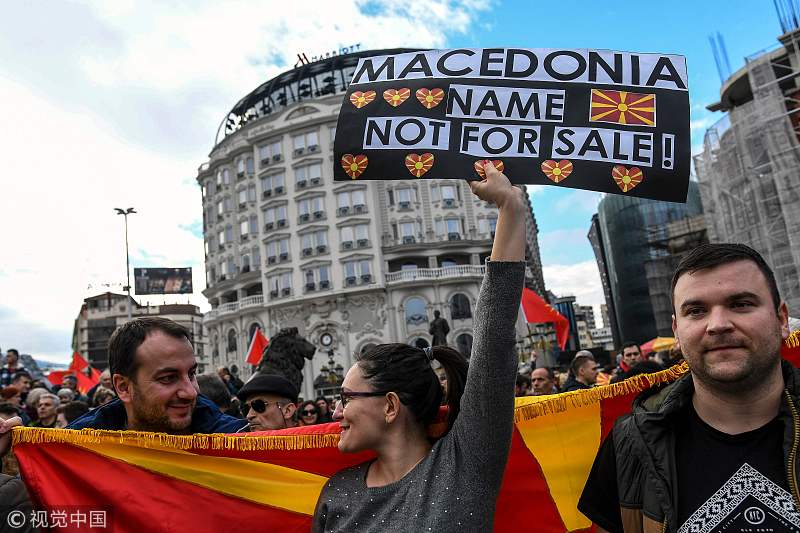 “This historic agreement is testament to many years of patient diplomacy and to the willingness of these two leaders to solve a dispute which has affected the region for too long,” according to NATO Secretary General Jens Stoltenberg. He also pointed out that the deal and FYROM’s possible membership will “help to consolidate peace and stability across the wider Western Balkans.”

US Special Envoy on coordinating the name dispute Matthew Nimetz, who worked two and a half decades on resolving the dispute, expressed certainty that the agreement “will lead to a period of enhanced relations between the two neighboring countries and especially between their people.”

But it is not easy for the two sides pushing ahead the agreement as both nations face strong challenges and opposition at home.

For Skopje, the agreement still needs to be approved by its parliament and by a referendum. After being approved and supported, the government would have to change the constitution, which is a key Greek demand. Since FYROM's President Gjorge Ivanov has the power to veto and is refusing to sign the agreement, FYROM’s path forward is still tough.

For Athens, protesters in several Greek cities waving Greek flags demonstrated against the agreement for days. According to a new poll, almost seven in 10 respondents are opposed to the name “North Macedonia.”

The new agreement has triggered significant turbulence in Greek politics. Greece’s PM Alexis Tsipras just survived a vote of no-confidence in parliament on Saturday as opposition leaders blasted his government and him on the deal. The agreement needs to be approved by the Greek parliament.