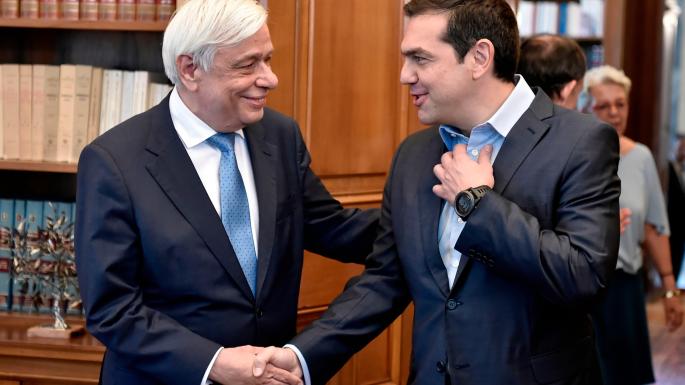 Greek Prime Minister Alexis Tsipras on Friday hailed an agreement by Eurozone ministers that will put an end to the country's eight-year bailout program as an "historic" step.

Eurozone states declared the severe debt crisis that has weighed heavy on the country since 2010 to be over, allowing Athens to escape some of the supervision of its creditors from August.

Wearing a tie for the first time since becoming prime minister in 2015 -- after pledging to wear one only when Greece's debt was cut -- Tsipras told a celebratory meeting of coalition lawmakers on Friday night that the country could return to being a "social state".

"Austerity will gradually be replaced by social justice," he promised.

However, removing his tie at the end of the speech, he argued that "the Greek people had won a battle but not the war".

Coming nearly a decade after Greece's finances spun out of control, sparking three bailouts and threatening the country's euro membership, he earlier declared the deal as an "historic agreement".

"We are turning a page," he added, but cautioned that the country "must not destroy the path taken on the reforms and on budgetery efforts."

The eurozone ministers' hard-fought agreement was declared earlier Friday, slating Greece to leave its third financial rescue since 2010 on August 20.

The deal was expected to be an easy one, but last-minute resistance by Germany -- Greece's long bailout nemesis and biggest creditor -- dragged the talks on for six hours.

The ministers agreed to extend maturities by 10 years on major parts of its total debt obligations, a mountain that has reached close to double the country's annual economic output.

They also agreed to disburse 15 billion euros ($17.5 billion) to ease Greece's exit from the rescue programme.

This would leave Greece with a hefty 24 billion euro safety cushion, officials said.

"The agreed debt relief is bigger than we had expected," Citi European Economics said in a note.

"In particular, the 10-year extension of the EFSF loans' maturity and most importantly the grace period on interest payments is a significant development," they added.

"The Greek government is happy with the agreement," Greek Finance Minister Euclid Tsakalotos said after the talks.

But "to make this worthwhile we have to make sure that the Greek people must quickly see concrete results... they need to feel the change in their own pockets," he added.

Tsakalotos' predecessor in the government, maverick economist Yanis Varoufakis, was more scathing in his assessment.

"Congratulations, comrades. (Eurozone creditors) extend the Greek state's bankruptcy into 2060 and they call it debt... relief," he tweeted.

"We'll have to see if the pledges will be kept, especially as they depend on international developments as well," he said.

Under pressure from its creditors, Greece has already agreed to slash pensions again in 2019, and reduce the tax-free income threshold for millions of people in 2020.

Further cuts will be made to maintain the 3.5-percent surplus, if necessary.

"It would be a terrible mistake to cultivate illusions that the end of the bailout means a return to normality," said pro-opposition newspaper Ta Nea.

"What follows is tough oversight which no other country has experienced in a post-bailout period," the daily said.

The European Commission has already specified that Greece will remain under fiscal supervision until it repays 75 percent of its loans.

Athens has received 273.7 billion euros in assistance since 2010, enabling it to avoid punishing borrowing rates on debt markets.

The International Monetary Fund, led by the tough-talking Christine Lagarde, welcomed the debt relief, but cited reservations about Greece's obligations over the long term.

"In the medium term analysis there is no doubt in our minds that Greece will be able to reaccess the markets," Lagarde said after the talks.

"As far as the longer term is concerned we have concerns," she added.

The reform-pushing IMF played an active role in the two first Greek bailouts, but took only an observer role in the third in the belief that Greece's debt pile was unsustainable in the long term.