WORLD Greece says Turkey's patrol boat 'harassed' one of its vessels, ahead of bilateral talks in Brussels

Greece says Turkey's patrol boat 'harassed' one of its vessels, ahead of bilateral talks in Brussels

A day ahead of bilateral talks between the Greek and Turkish leaders in Brussels, a new incident in the Aegean sea risks heightening long-standing tensions between the two countries. 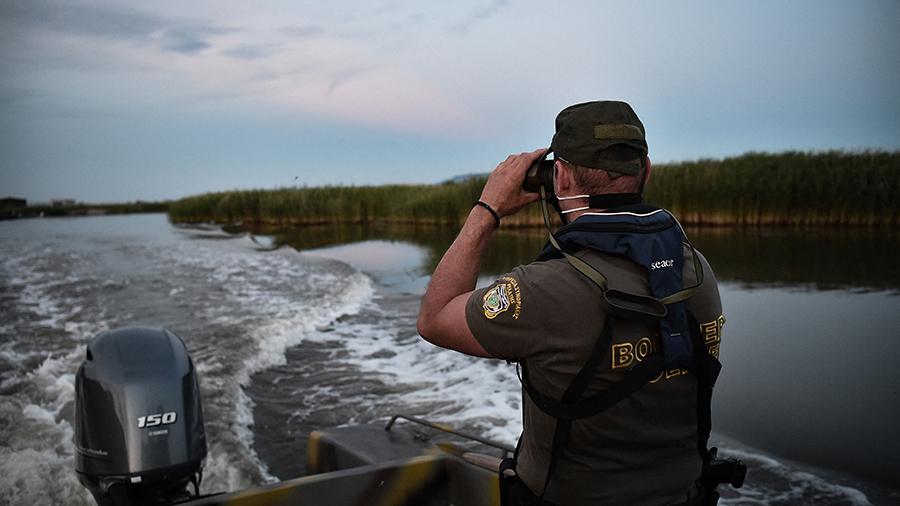 A Police officer patrols the delta of the Evros river on a boat near the Greek-Turkish border, where Greece has new anti-migration measures including cameras, radar and a 40-kilometer steel fence which is five meters high. (Photo: AFP)

The Greek coastguard claims one of its vessels was "harassed" by a Turkish patrol boat on Sunday, in an incident off the coast of Lesbos that caused the Greek vessel "minor damage."

The Aegean Sea is an area of dispute between Greece and Turkey over sovereignty, energy resources and different interpretations of maritime law, with such incidents being far from uncommon.

In February Turkey accused the Greek military of "harassing" a Turkish research vessel in the Aegean Sea, while in early January two vessels clashed off the Greek islet of Imia, a disputed area which was the stage of another similar incident in 2018.

Last year, long-standing tensions between the two countries were exacerbated by a dispute over gas reserves and maritime rights in areas of the eastern Mediterranean that both countries claim to be under their sovereignty.

The issue of how to deal with the flow of migrants between Turkey and Greece is also a frequent source of tension.

On Monday, Greece's Prime Minister Kyriakos Mitsotakis will hold talks with Turkish President Recep Tayyip Erdogan on the sidelines of a NATO summit in Brussels as they seek to improve relations.