ATHENS, Aug. 6 (Xinhua) -- Wildfires continued to rage across Greece for another day on Friday, while meteorologists warned that weather conditions are expected to worsen with strong winds in many parts of the country. 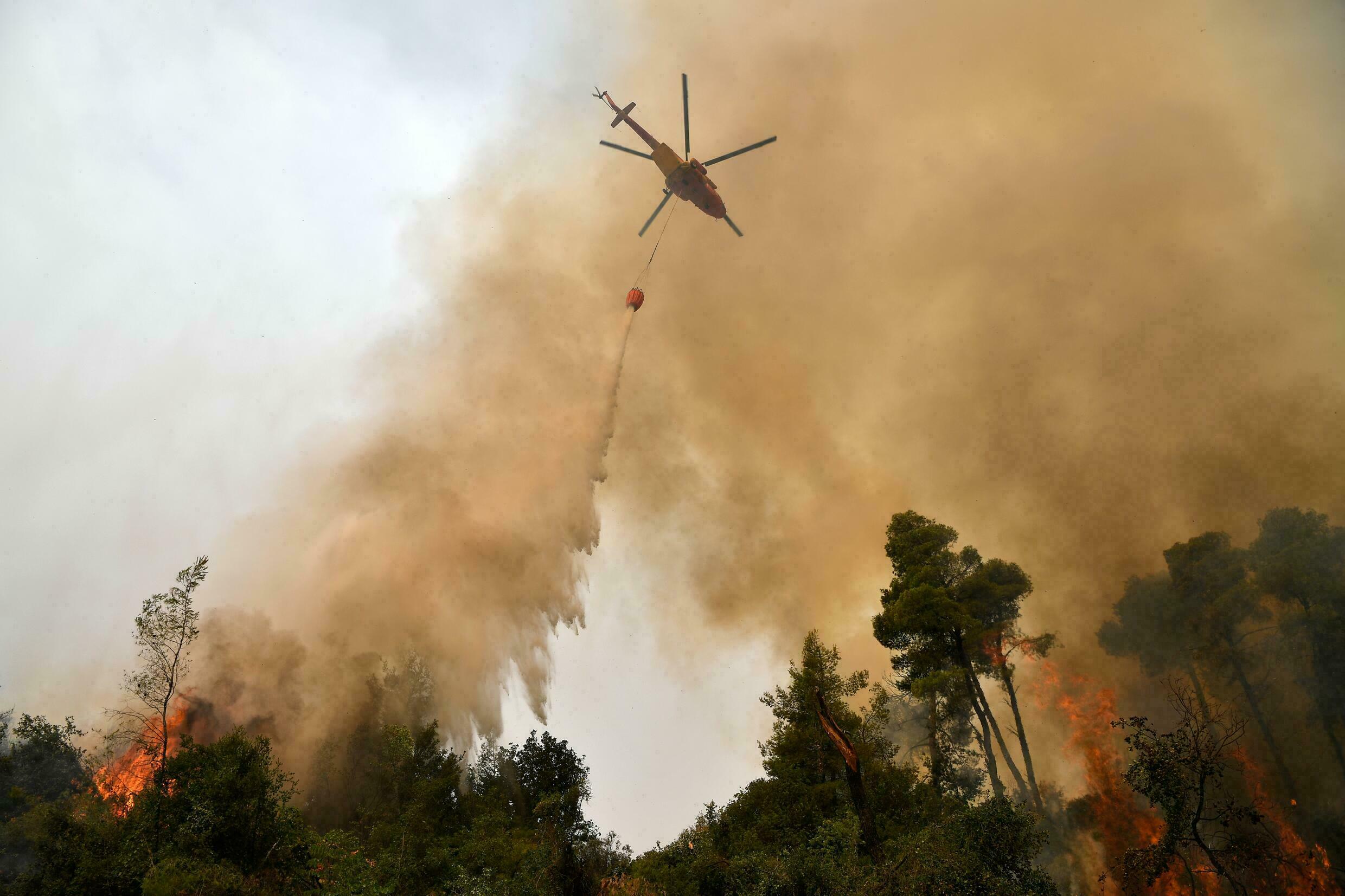 A helicopter pours water on a wildfire on August 5, 2021, near the village of Kechries in northern Evia. (Photo: AFP)

Winds will become stronger and the risk of forest fires is very high, although a significant drop in temperatures is expected on Friday, according to Athens National Observatory.

The thick smoke returned to Attica on Friday morning with ash falling from the sky, as the massive blaze in the north suburbs of Athens continued to rage overnight, forcing hundreds of people to evacuate their homes, destroying houses, and burning thousands of hectares of forest land.

Despite the efforts of the Fire Service, the fire that leapt back on Thursday crossed the national highway that links Athens to northern Greece, spreading sparks and burning pinecones at several points, threatening more residential areas.

Traffic was halted in several parts on the country's main highway, railroad service was disrupted as well. Power cuts occurred in more areas around and in Athens.

Some 2,000 migrants and refugees have been evacuated from the Ritsona camp in northern Athens to another facility.

A total of 450 firefighters, 40 ground crews, 150 fire engines along with three helicopters and seven aircraft were dousing the flames from above.

The firefighting front in the north of Athens was also supported by firefighters from France and Cyprus.

Two more firefighting planes from France were also expected to be dispatched, as well as reinforcements from Sweden, Israel, Austria, Romania, Lithuania, Croatia and Switzerland.

Meanwhile, firefighting situations are also difficult in Evia island, Ilia prefecture and the Mani region in the Peloponnese peninsula.

At least 20 people have been transferred to the hospital from the fires in Attica and Evia, Health Minister Vassilis Kikilias announced on Friday.