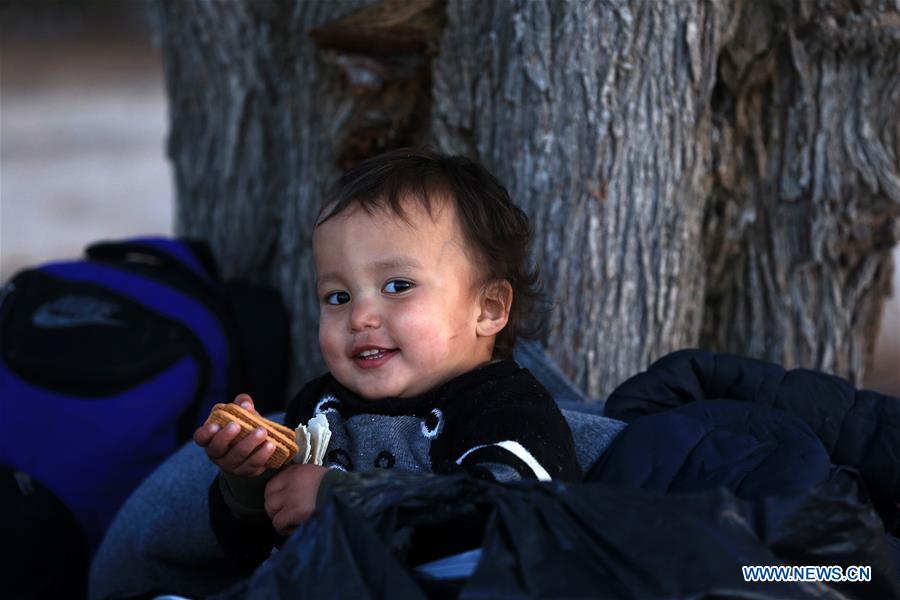 A child who has arrived from Turkey is seen at Skala Sikaminias, in the island of Lesvos, Greece, on March 2, 2020. (Photo: Xinhua)

At least 13,000 people have gathered at Evros land border, according to the International Organization for Migration.

Greece has prevented 24,203 illegal crossings and a total of 183 persons who crossed the border were arrested from the early hours of last Saturday until Monday afternoon, according to government sources.

The numbers included 4,354 persons who were kept off on Monday and 42 detained, mainly originating from Morocco, Pakistan and Afghanistan, according to the same sources.

Mitsotakis has had a round of telephone calls with many European leaders since Friday to discuss the situation and on Monday he also had a telephone conversation with US President Donald Trump, his office announced.

Also on Monday, Greek Coast Guard officers retrieved the dead body of a child off the island when one of the boats carrying refugees and migrants from Turkish shores capsized. 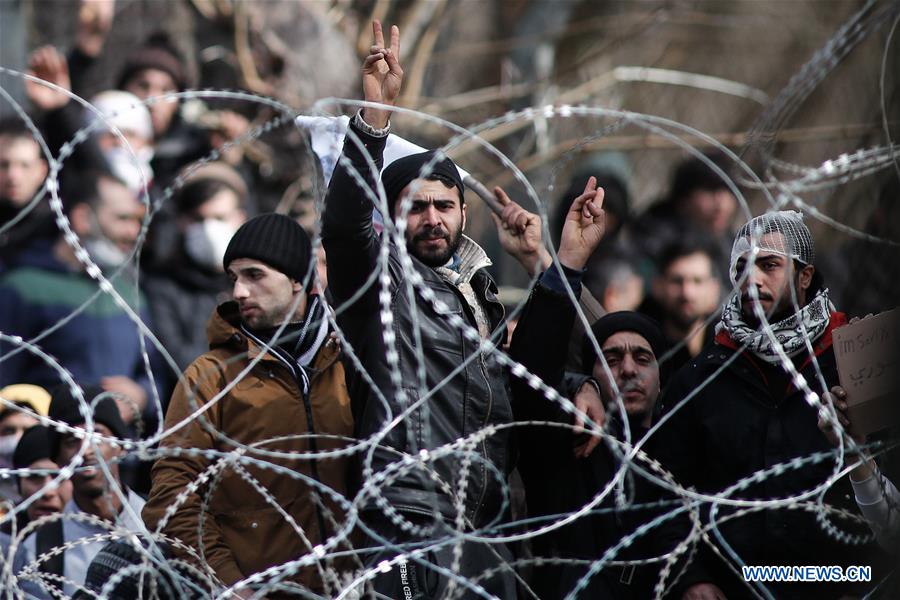 Migrants and refugees are seen behind a wired fence at the borderline between Greece and Turkey near the closed Kastanies border crossing in northeastern Greece, where thousands gathered near the Evros River in an attempt to cross into Greece, on March 2, 2020.

MYTILENE, Greece -- Greece has adopted a tougher stance and is treating the migration challenge as a national security issue, Interior Minister Takis Theodorikakos said on Monday.

The Greek official was referring to thousands of people gathered at the country's land border with Turkey in the past few days and hundreds still crossing the Aegean Sea on dinghies.

Since Monday morning, for the next 24 hours Greek armed forces are conducting exercises using real ammunition across the land border and northeastern Aegean, the Greek Defense Ministry announced.

During the weekend, additional police and army units were deployed and Greece formally requested concrete assistance by other EU members to guard Europe's borders.

European Border and Coast Guard Agency (Frontex) announced on Monday that the executive director of Frontex has agreed to launch a rapid border intervention to assist Greece in dealing with the large numbers of migrants at its external borders, according to an e-mailed press statement.