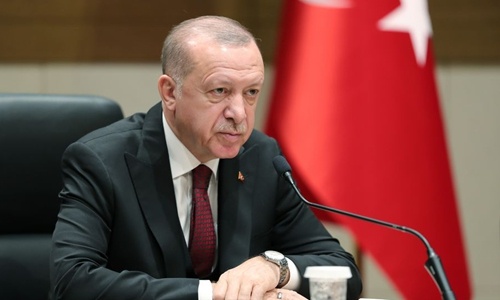 Greece and Turkey bowed to EU pressure on Monday and engaged in their first direct talks in nearly five years over an explosive standoff about eastern Mediterranean borders and energy rights.

The three-and-a-half-hour meeting produced no breakthrough except for an agreement for the talks to continue in Athens at an undisclosed date.

The talks were held behind closed doors in Istanbul while the Greek and French defense ministers met in Athens to sign a diplomatically charged deal for Greece to buy 18 Rafale fighter jets.

But Turkish President Recep Tayyip Erdogan has spent the past few months trying to cool the rhetoric and repair damaged relations with Europe in the face of a potentially more hostile US administration under President Joe Biden.

The dispute set off alarm bells across EU capitals and in Washington when Greek and Turkish gunboats collided while shadowing each other in disputed water in August.

"A solution to all problems... is possible and we have full will to this end," Erdogan's spokesperson Ibrahim Kalin tweeted as the talks broke up.

The US said it "welcomes" the resumption of contacts while EU diplomatic powerhouse Germany called them the "positive [sign] we have been waiting for for some time."

Athens and Ankara held 60 rounds of talks between 2002 and 2016 without resolving a dispute that has lingered for much of the past century and nearly led to war in 1996.

Hostilities flared anew in 2020 when Ankara sent a research ship accompanied by a navy flotilla into waters near the Turkish coast that Greece claims, with EU support.