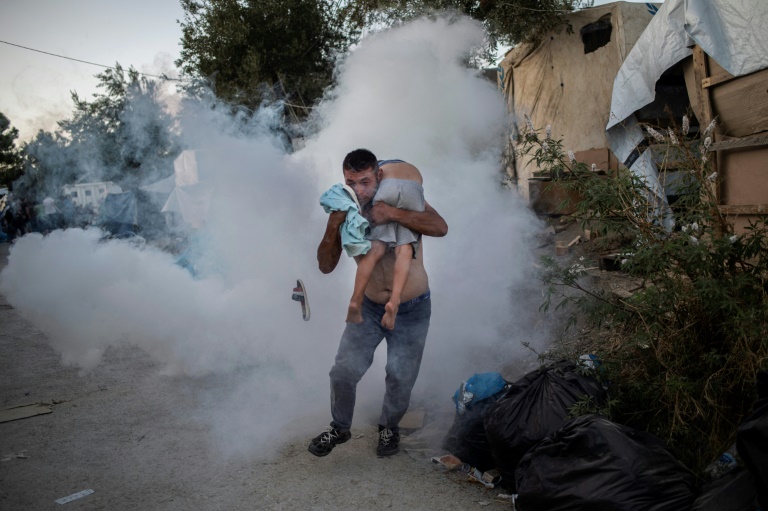 Police used tear gas to control angry residents after the fire at the camp.  (Photo: AFP)

Greece said Monday it wanted to start sending back thousands of migrants to Turkey, a day after a deadly fire sparked riots at an overcrowded camp on the island of Lesbos.

The decision, taken at an emergency cabinet meeting, came as officials in Greece and abroad called for action to ease the pressure on the crowded migrant camps spread across the Aegean islands.

Athens wants to return 10,000 migrants to Turkey by the end of 2020, the government statement said. That would increase the rate from the "1,805 returned in the 4.5 years under the previous (left-wing) Syriza government", it added.

The conservative government of Prime Minister Kyriakos Mitsotakis has already announced more naval patrols in the Aegean, closed centres for migrants refused asylum, and plans to overhaul the asylum system, the statement added.

Greek officials also confirmed the death of a woman in Sunday's blaze at Moria, Europe's largest migrant camp, which has facilities for 3,000 people but houses around 13,000. 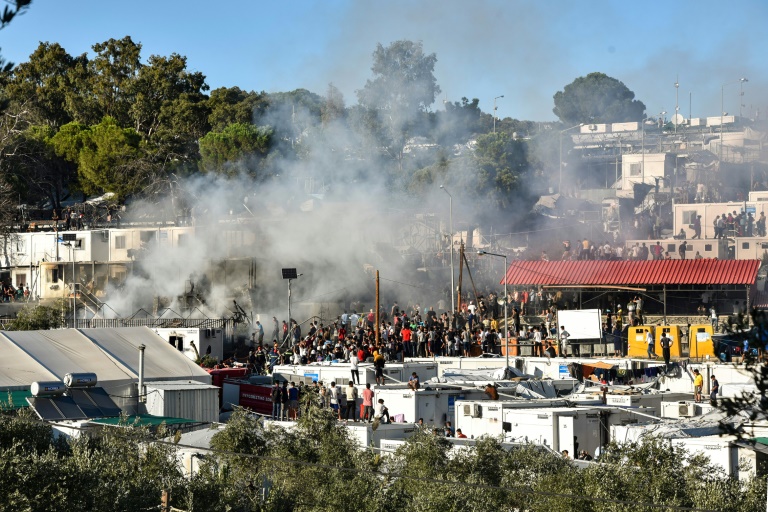 Greek officials have confirmed the death of a woman in Sunday's blaze at Moria.  (Photo: AFP)

Greek media reported that a burnt blanket possibly containing the charred remains of a baby had been found next to the woman. Earlier police sources said a mother and her child had died.

Another 17 injured migrants, including two children, were transferred to a hospital on the island at Mytilene, the health ministry said Monday.

"Many refugees are so sad, they are stressed, they fear an accident can happen again," Farid, a young Afghan who did not give his last name, told AFP.

A steady increase in migrant arrivals has created dangerous conditions in the Greek island camps in the Aegean Sea, just off the Turkish coast.

Boris Cheshirkov, the UN refugee agency's (UNHCR) spokesman in Greece, called for better conditions at Moria and faster transfers of migrants off the island, describing the situation as "critical".

Lesbos mayor Stratos Kytelis also called for the pressure on the islands to be eased. 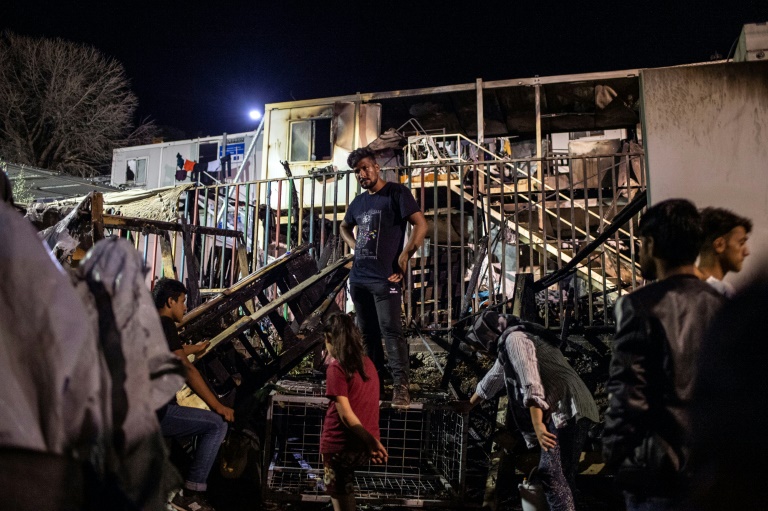 The fire spread to a number of containers housing migrants at the overcrowded camp.  (Photo: AFP)

Aid agency Oxfam argued that Sunday's fatal fire was a consequence of the EU's migration policy.

"People arriving in Greece should be relocated to safe accommodation across the EU, not crammed into dangerous spaces where their life is at risk," said Renata Rendon, Oxfam's head of mission in Greece.

And European Commission spokesman Mina Andreeva said Monday: "The increased arrivals in Greece over the past weeks have put an immense strain on an already flawed system and are creating unsustainable conditions as we have already had the opportunity to point out in the past."

EU Migration Commissioner Dimitris Avramopoulos is to visit Greece and Turkey this week with the interior ministers of Germany and France to discuss the crisis.

Moria camp has become like a small town, with UN refugee agency tents for around 8,000 people sprawling into the olive fields of the nearby village. Others are housed in containers.

A plane helped extinguish Sunday's blaze, which reportedly started in a mobile vendor's stall. But police later fired tear gas to control an angry crowd that accused authorities of taking too long to respond to the incident.

Calm had returned to the camp by Monday but the UN and residents said there was still a strong police presence.

Greece hosts some 70,000 mostly Syrian refugees and migrants who have fled their homes since 2015, crossing over from neighbouring Turkey.

Around 10,000 people had landed on Lesbos in the past three months alone, according to the Greek government. 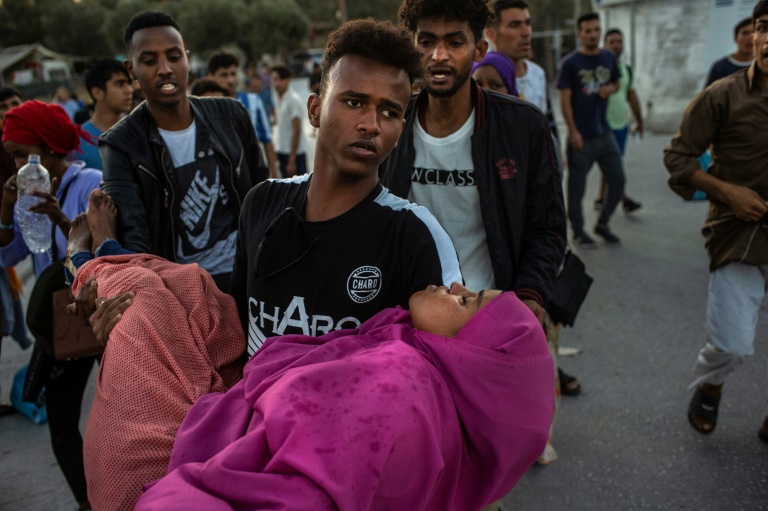 Greek officials said they were trying to gradually transfer the migrants to the mainland and empty Moria.  (Photo: AFP)

"We're in a different context compared to 2015... But this is by far the worst period we've been experiencing since the EU-Turkey deal was struck," Deputy Minister of Citizen Protection Lefteris Economou told reporters on Monday.

"We are trying to gradually transfer the migrants to empty the Moria camp," Economou said.

Some 2,510 migrants have been transferred from the Greek islands to the mainland between September 2 and 15, UN figures show.

But Oxfam said there were still more than 26,200 migrants spread across the Aegean island camps.