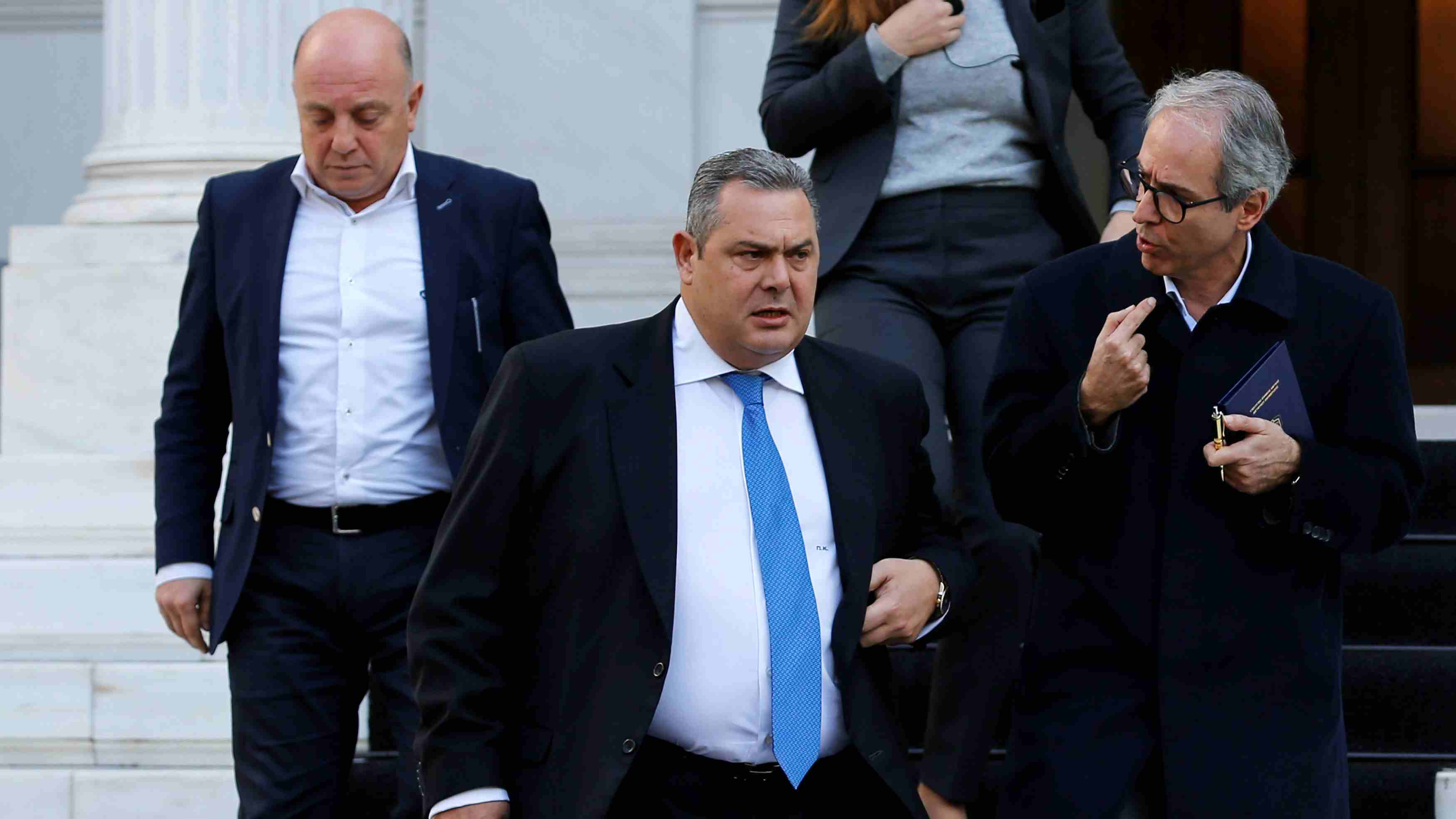 Greece's right-wing defense minister resigned Sunday in protest at a deal ending a long-running name deal with Macedonia, with six other ministers from his party possibly to follow. Greek Prime Minister has called an "immediate" no-confidence vote in response to his resignation.

Panos Kammenos, whose Independent Greeks party helped build up the government of prime minister Alexis Tsipras, has long opposed the accord with neighboring Macedonia signed by their governments last year.

"The Macedonia name issue... doesn't allow me not to sacrifice the minister's chair," Kammenos said after meeting Tsipras on Sunday morning.

He said he would also pull six other ministers from his party out of the government.

"We will proceed immediately to the renewal of the confidence in our government by the parliament in order to proceed with the major issues for our country," he claimed.

Kammenos earlier this month had announced that any deal including "Macedonia" in the name of the Balkan state to Greece's north was unacceptable as the name was irrevocably tied to Greek civilization and culture.

The impact of the resignation on the governing coalition was not immediately clear since the parliamentary elections are due in Greece by October. Tsipras's coalition has 153 seats in the 300-strong parliament, 145 of them from his leftist Syriza party.

Kammenos, who forged a coalition pact with Tsipras in 2015, has never hidden his hostility to the deal with Skopje, which renames the country Republic of North Macedonia.