The Greek parliament will vote late Thursday on a deal to change Macedonia's name to the Republic of North Macedonia, the Athens News Agency reported.

A draft name-change deal between Greece and Macedonia will be discussed by lawmakers on Wednesday and Thursday before the vote. 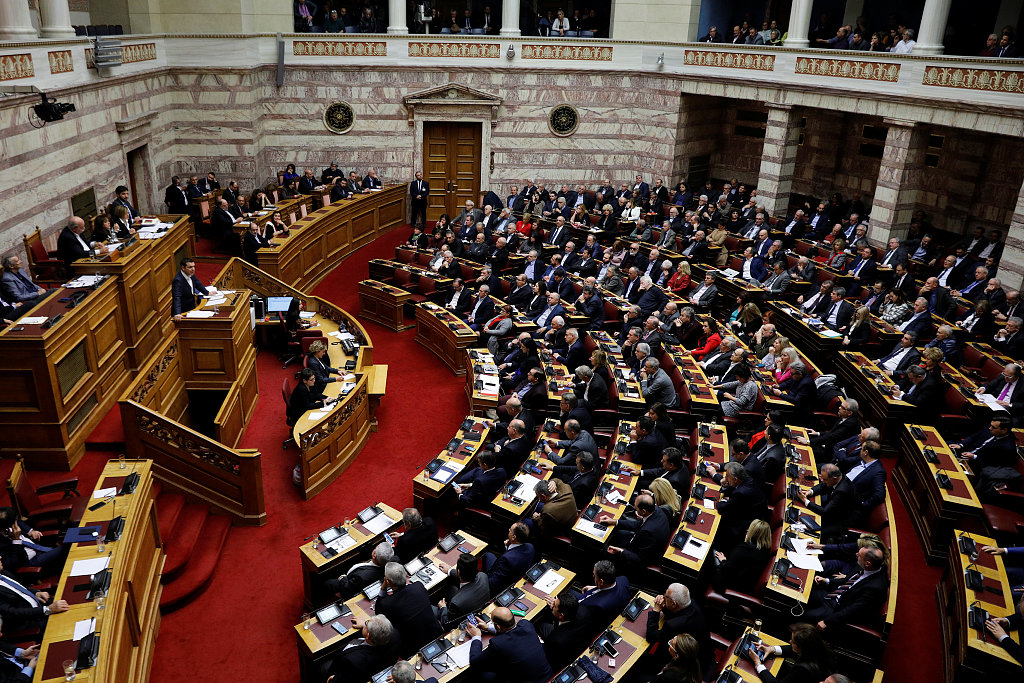 On Sunday clashes between police and a group of masked protesters left several injured in the capital as tens of thousands demonstrated against the name change deal with neighbouring Macedonia.

According to the government, "the incidents were provoked by extremists, members of the Golden Dawn, who attempted to enter parliament".

Seven people who were arrested on Sunday have been charged, including two Turkish men and one German woman.

Seventeen civilians and 25 policemen were injured, the Ministry of Health said on Monday.

A wide range of Greek political parties, from the far-right Golden Dawn to the Socialists, oppose the accord to rename Macedonia.

But it could nonetheless be approved by the required 151 deputies in the 300-seat parliament in the coming days.

Macedonia's parliament backed a constitutional revision to change the country's name 10 days ago. But for the deal to go through, the change must also be approved by Greek lawmakers.

Macedonia is a former Yugoslav republic, but for most Greeks it is the name of their history-rich northern province made famous by Alexander the Great's conquests.