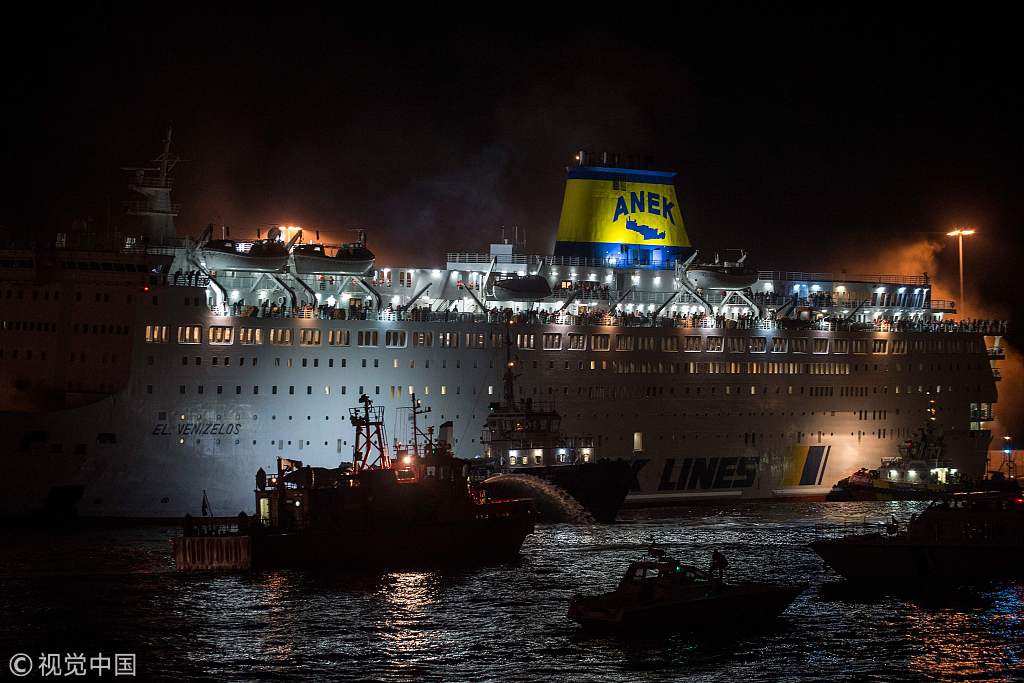 A firefighting vessel tries to extinguish a fire on the ferry Eleftherios Venizelos, at the port of Piraeus in Athens, early in the morning on August 29, 2018.  (Photo: VCG)

ATHENS, Aug. 29 -- A fire that broke out on a Greek passenger ferry sailing to Crete Island early Wednesday has been put out, without any casualties, Greek national news agency AMNA reported.

A total of 875 passengers and 141 crew members were on board the Eleftherios Venizelos, which returned to the Port of Piraeus in the morning.

The fire broke out while the ferry was sailing near Hydra Island in the Aegean Sea. 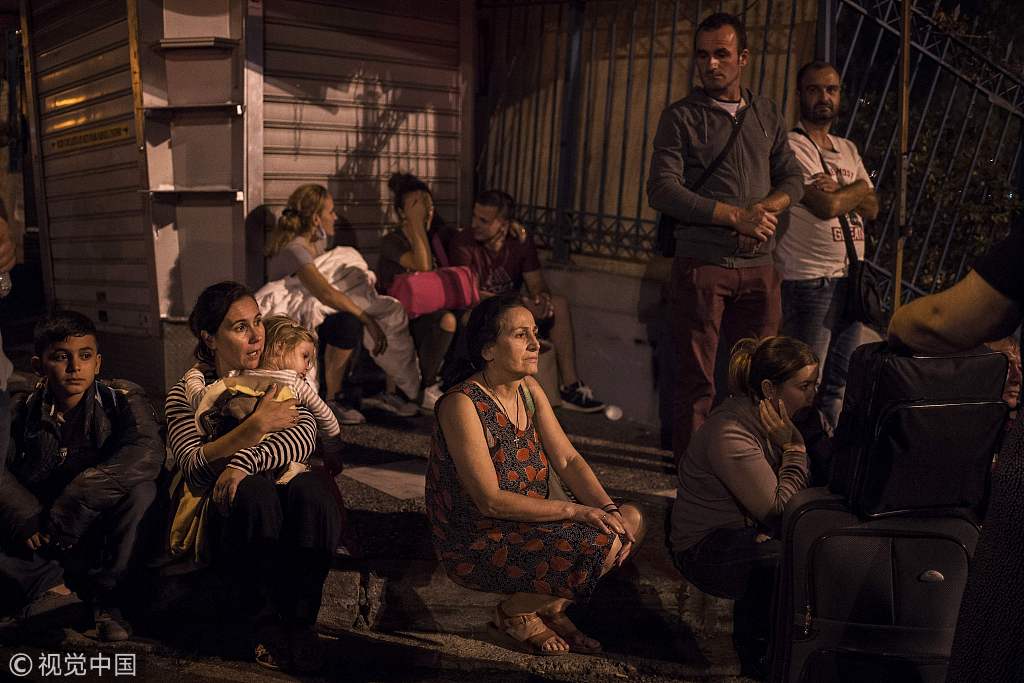 Passengers who were onboard the ferry Eleftherios Venizelos during a fire, wait to be transfered to another terminal at the port of Piraeus in Athens, early in the morning, on August 29, 2018.  (Photo: VCG)

The captain said it was extinguished within an hour and everyone was safe.

The passengers spent some four hours on the deck amid billowing smoke and disembarked shortly after sunrise.