The dark clouds that shrouded the Greek economy for almost a decade are clearing, according to the nation's prime minister, Kyriakos Mitsotakis. 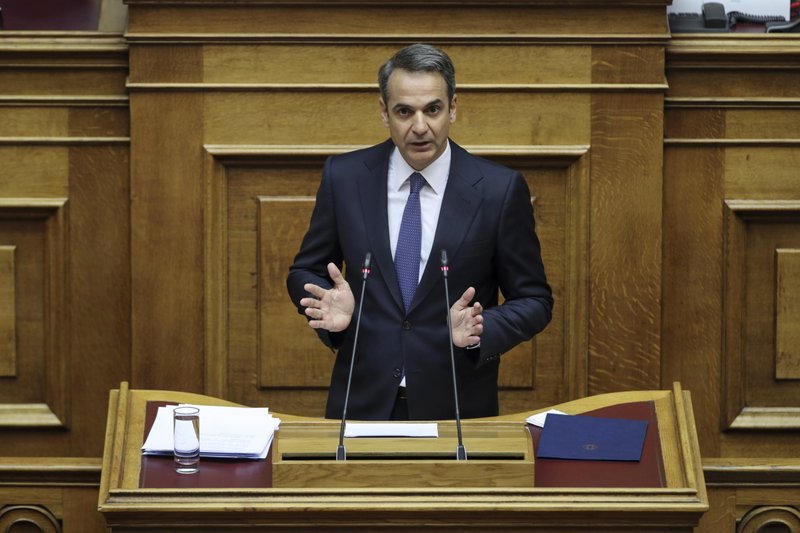 "Greece is no longer Europe's black sheep," he said at a trade fair in the port city of Thessaloniki on the weekend while insisting that, after being dependent on international loans for many years, his nation's future is rosy.

"Greece has turned a page … we're a self-confident country now," he said at the Thessaloniki International Fair, a platform leaders traditionally use to unveil economic policy in front of an audience of the nation's business elite.

Mitsotakis insisted Greece's turnaround will be a "pleasant surprise for Europe" and said investor confidence in Greek bonds is stronger now than it has been at any time during the past decade.

His center-right party, New Democracy, won a general election in July and took over the nation's reins for the first time since 2007.

Mitsotakis, himself the son of a former prime minister, campaigned on the platform of revamping the economy, getting rid of red tape, and introducing fast-track reforms aimed at modernizing state-run enterprises.

"With a bold wave of reforms we will win strong credibility and, with the right timing and our positive results as a weapon, we will claim more realistic annual primary budget surpluses," the Guardian newspaper quoted him as saying while announcing a range of corporate and individual tax cuts and national restructuring.

"One stone at a time, we're setting the foundations of the country's regeneration," he added.

Mitsotakis plans to appeal to the European Union for a relaxation of the bloc's strict fiscal targets that accompanied EU bailouts of the debt-stricken nation, including the goal of having an annual budget surplus of 3.5 percent of GDP. The Financial Times said he hopes that target can be cut to 2 percent by 2021.

At a news conference after the trade fair, the former banker said his pro-business government will attempt to attract more foreign investment for such things as the 8-billion-euro ($8.8 billion) redevelopment of the now abandoned Ellinikon International Airport in Athens into a business and leisure center that will generate 10,000 jobs during construction and 75,000 when completed.

Former prime minister Alexis Tsipras, who agreed to the EU rescue packages that ensured the nation could carry on using the euro as currency, said Mitsotakis is making promises he will not be able to keep.

"He will soon find himself faced with the dead ends and inconsistencies of his policies, and will consider early elections irrespective of what we ask for," Tsipras told the Efimerida ton Syntakton newspaper.

The bailout negotiated by Tsipras allowed the nation to pay off its debts of more than $330 billion and was the largest ever directed at a major Western nation.

The Greek economy is now on course to expand by 2.2 percent this year after having contracted by more than a quarter during its decade-long economic crisis.