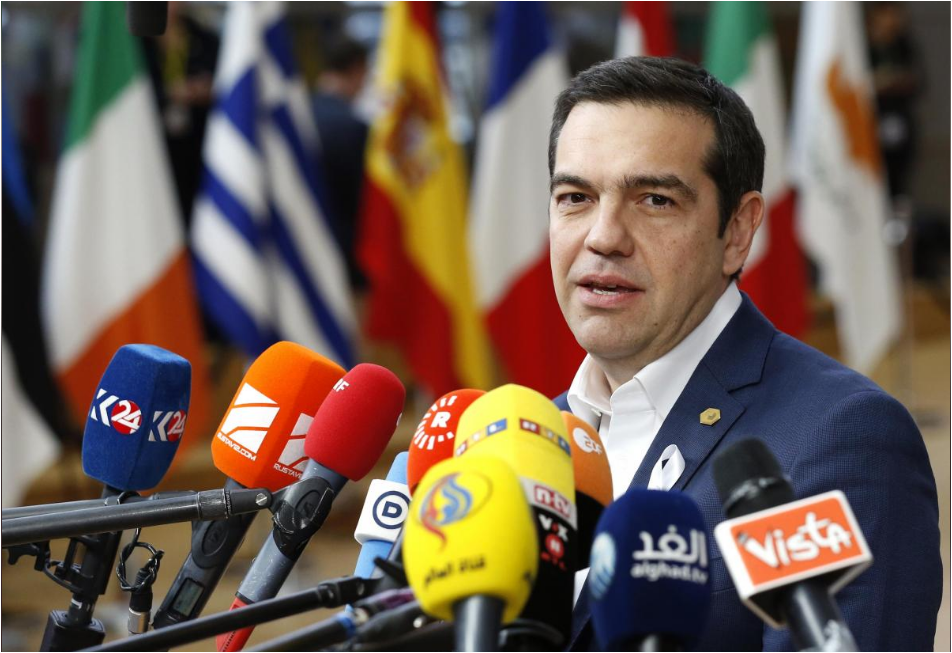 Greek Prime Minister Alexis Tsipras urged his ministers on Tuesday to intensify reform efforts as the country heads towards the anticipated conclusion of a three-year bailout program in August.

“There is no time for complacency, but we must intensify efforts to finish the marathon,” he told a meeting of his cabinet.

Athens is eager to emerge from years of bailouts provided by its euro zone partners and the International Monetary Fund since 2010, which came with tough reforms and fiscal austerity attached.

Tsipras reiterated that his government was seeking a “clean exit” from the bailout program, with no precautionary credit line or additional belt-tightening, but building its own cash buffer before resuming full reliance on market financing.

“I want to be clear, talk of a precautionary credit line that some sought to keep alive ... is a finished case. What we are discussing with the institutions is the details of an exit that will not be coupled with new commitments, a new bailout.”

However, those institutions are not sure no new commitments will be needed. Discussions are under way on various ways to help Greece after the bailout program ends in August, generally with conditions attached.

Tsipras also urged his ministers to remain focused on concluding the final review of its third international bailout.

“There is only about 80 days left to complete the fourth review ... and to wrap up successfully the program,” he told his ministers.

Tsipras said Greece had turned a page from a country that was accumulating deficits to one now achieving fiscal outperformance, growth and creating wealth.

He reiterated that his coalition government would seek to serve its full four-year term which will end in the autumn of 2019.