Greek police officer in court over shooting of Roma teen 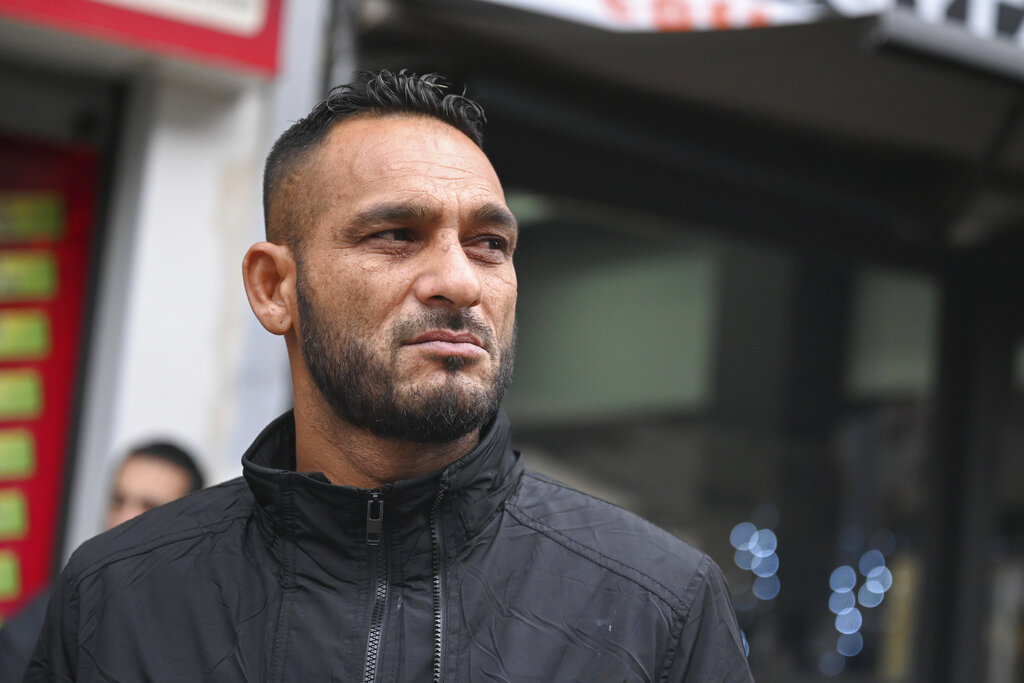 The father of the of an injured 16-year-old teenager takes part in a protest with other members of the Roma community outside the courthouse where a police officer is appearing, in Greece's second largest city of Thessaloniki, Friday, Dec. 9, 2022. (Photo: AP)

A Greek police officer appeared in court in northern Greece Friday over the shooting and serious injury of a Roma teenager during a police chase over an allegedly unpaid gas station bill, with protesters gathering outside the courthouse.

About 200 friends, relatives and other protesters from the Roma community gathered outside the courthouse in Thessaloniki, holding up photos of the wounded 16-year-old and calling for justice. Monday’s shooting already days of violent protests by members of the Roma community in Greece’s second-largest city, as well as Athens and other areas.

“It wasn’t the gas, it wasn’t the money, the cops shot because he was Roma,” the protesters chanted Friday. Community leaders called for a peaceful protest outside the courthouse, and are demanding the police officer be remanded into custody pending trial.

“We want justice. The crime was racist,” Panagiotis Sabanis, head of the Roma Federation of Central and Western Macedonia, said. “There is racism against us in Greece. It’s not the first incident of a police shooting against a Roma just because he is a Roma.”

Several Roma men have been injured or fatally shot in recent years during confrontations with police while allegedly seeking to evade arrest for breaches of the law.

Andonis Tasios, general secretary of the Roma community where the boy lives, was among the protesters outside the courthouse Friday. “They shot him because of his color. If he wasn’t Roma, they wouldn’t have done it,” he said.

Members of the Roma community in Greece have long faced discrimination and many often live on the margins of society.

The 16-year-old, who was chased by motorcycle police after he allegedly drove away from a gas station without paying a 20-euro (dollar) bill early Monday, was hit in the head and remains hospitalized in critical condition.

The 34-year-old police officer who fired the shot has been suspended and faces charges of attempted manslaughter with possible intent and illegally firing his weapon. He was set to appear Friday before an investigating magistrate to be questioned over the incident.

Police have said the youth tried to ram one of the motorcycles involved in the pursuit with his pickup truck, and that two shots were fired in an attempt to stop the truck from hitting the vehicle.

In a preliminary court appearance earlier in the week, the police officer said he fired his weapon because he feared for the lives of his colleagues but he had not aimed at the youth. During his questioning Friday, the officer said the youth had tried to ram the motorcycle three times.

The shooting has sparked days of violent protests, with vehicles and at least one business torched and police coming under fire from shotguns. Greece’s state-run ERT broadcaster said Friday that one police officer had been lightly injured by shotgun pellets during unrest overnight west of Athens.