ATHENS, June 17 (Xinhua) -- The economic recovery plan of Greece has been endorsed by the European Union (EU), according to an official announcement on Thursday. 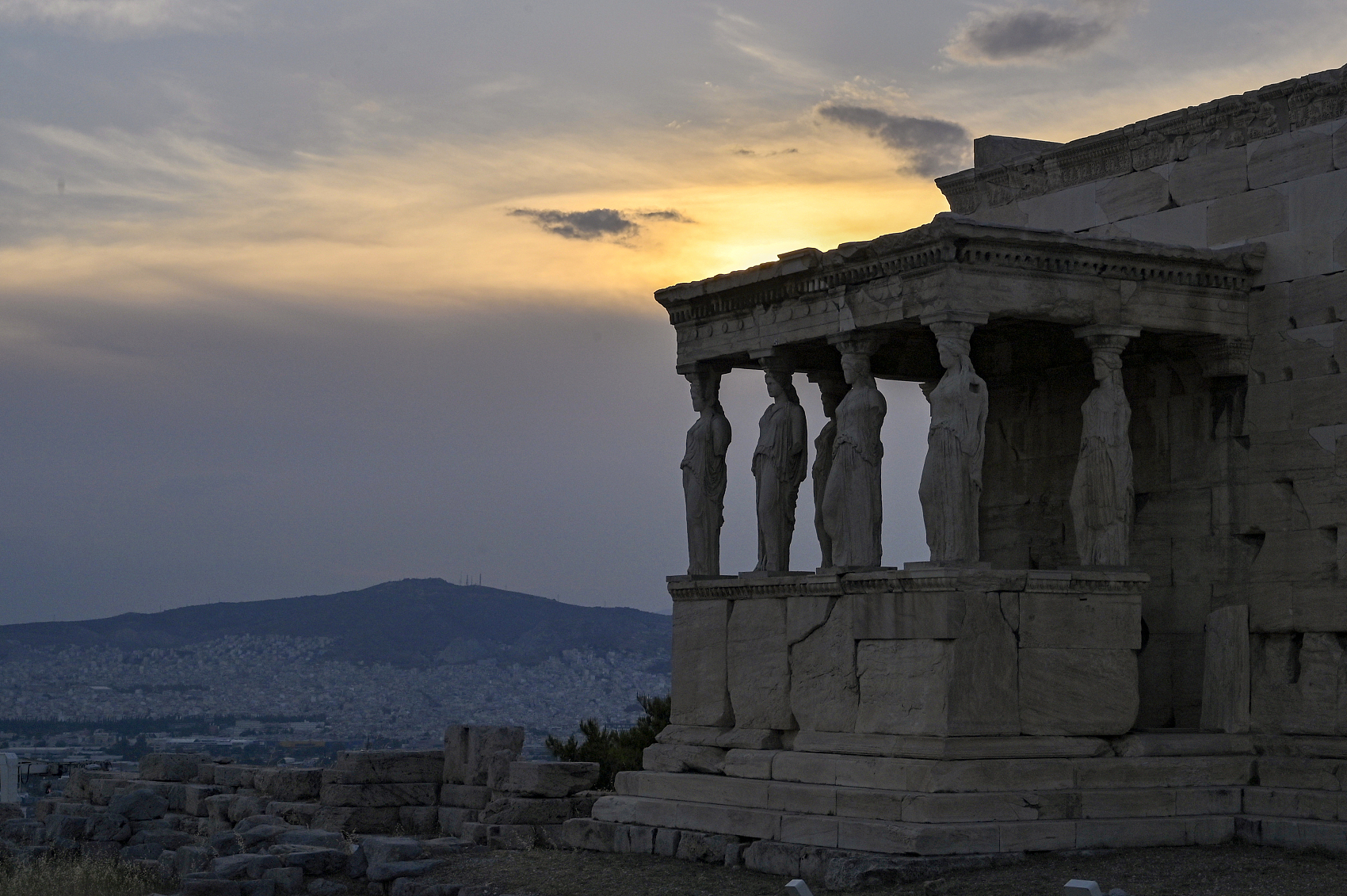 The sun sets behind the Caryatids, the sculpted female figures supporting the porch of the ancient Erectheion temple, on the Acropolis hill on June 8, 2021 in Athens, Greece. (File photo: CFP)

The fund will be invested in such fields as green and digital transition, healthcare, and job creation, according to the plan.

"There is no doubt it (the plan) will deeply transform Greek economy which will embrace the twin green and digital transition," said Ursula von der Leyen, president of the European Commission (EC), during her visit to Athens.

She said that all EU-member states will emerge stronger and more resilient. "The recovery is underway, and we can start to look to the future with hope and with confidence," she said.

Greek Prime Minister Kyriakos Mitsotakis said that this was a historic moment for Europe and the dawn of a new era. (1 euro= 1.19 US dollars)