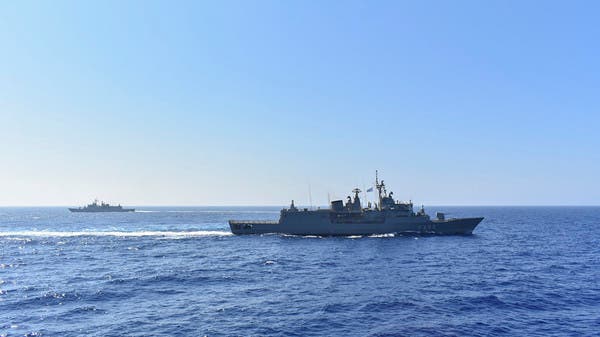 Three of the five-strong crew were snatched from the Togo-flagged bunkering vessel Stelios K after the attackers boarded it on November 16.

Now Royal Ship Management, which owns the fuel tanker ship, is in talks for the hostages' release, the ministry said.

The ministry added that all five of the crew were in good health.

Pirates took the captain and two of the crew of the Stelios K hostage, but the two sailors left on board were able to steer it back to a safe berth in Lagos.

This month's attack on the Stelios K is the 23rd kidnapping incident in the Gulf of Guinea in 2020, with a total of 118 people snatched, according to UK-based maritime security firm Dryad Global.

The company issued a "critical risk rating" for the Gulf of Guinea immediately after the hostage-taking, saying it was the second successful kidnapping within three days and matched a "sharp increase in incidents" in the region.