Thousands of Greeks marched through the streets of Athens on Friday to mark a bloody 1973 student uprising against the military junta that ruled the country at the time. 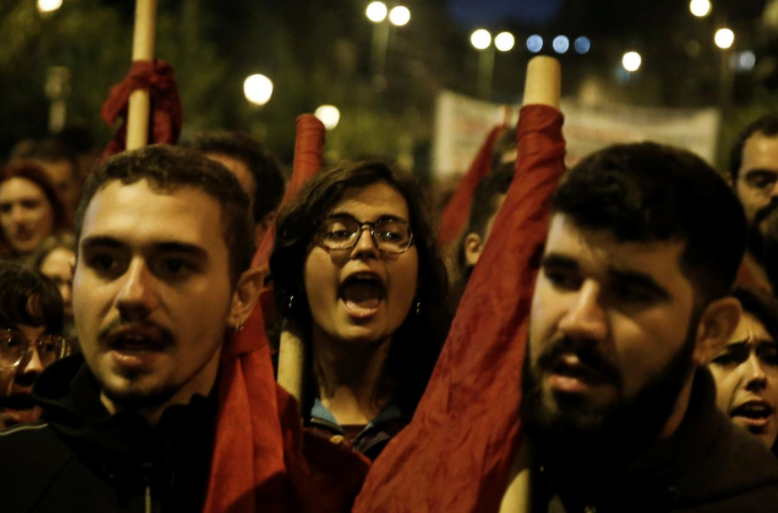 Protesters shout slogans during a march marking the 44th anniversary of a 1973 student uprising against the military dictatorship that was ruling Greece, in Athens, Greece, November 17, 2017. REUTERS/Costas Baltas

More than 10,000 people marched peacefully to the embassy of the United States, which some protesters accuse of having supported the seven-year military dictatorship. About 5,000 police were deployed in the streets of central Athens.

Earlier on Friday, Greeks laid flowers at the Athens Polytechnic University to honor those killed during the revolt, which helped topple the junta less than a year later.

After the march, small groups of protesters set garbage containers on fire and hurled stones at police near the Polytechnic University in the central Exarchia district.

The annual protest often becomes a focal point for protests against government policies and austerity measures mandated by the country’s international lenders in exchange for bailout funds. The crisis that broke out in 2010 has left hundreds of thousands of people unemployed.

Protesters held banners reading: “We will live freely” and “No pensioner will be fired!”

After seven years of belt-tightening Greeks hope that they will emerge from lenders’ supervision in August 2018, when the country’s third international bailout expires. Many of them accuse a political elite of driving the country to bankruptcy.