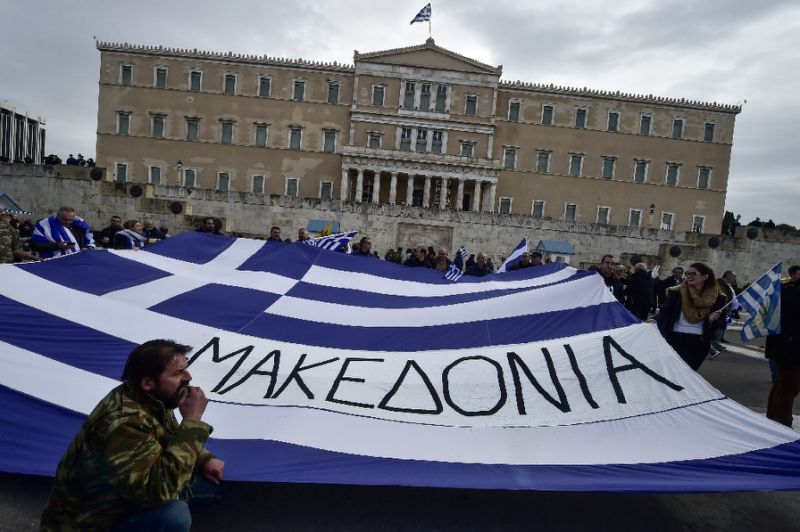 A majority of Greeks reject a disputed name deal that aims to end a long-running row with neighbouring Macedonia, a poll showed Sunday, with nearly half labelling it 'treason'.

However, the same percentage expect the deal to be ratified by Greece's parliament as scheduled.

Several protests have been held in Greece and Macedonia against the agreement.

Opponents in Athens are upset that the deal recognises a Macedonian language and nationality, while in Skopje there is anger over the planned change in the country's constitutional name.

In Sunday's poll, 45 percent said fellow Greeks supporting the deal are "traitors" and 18 percent echoed a recent call by a neo-Nazi deputy for the army to arrest the country's leaders to block it.

Athens had for years objected to its neighbour being called Macedonia because it has a northern province of the same name, which in ancient times was the cradle of Alexander the Great's empire -- a source of intense pride for modern-day Greeks.

The agreement cleared a first hurdle this week, securing approval by Macedonia's parliament for a second time after a one-time veto by hardliner President Gjorge Ivanov.

Macedonia Prime Minister Zoran Zaev said a referendum on the issue will now be held by October, followed by a revision of the country's constitution to incorporate terms of the agreement.

Greece's parliament will then be called to ratify the accord, ending a row dating to 1991.

In exchange for the name change, Greece has agreed to drop its objections to Macedonia joining the European Union and NATO.

The Sunday study was conducted nationwide among 9,800 people, a significantly larger group than in most surveys of the sort.