A week after a devastating quake hit Albania, Greeks joined Albanian migrants in central Athens on Tuesday, paying tribute to the victims and expressing support to those affected. 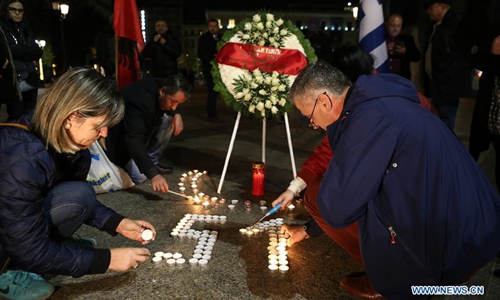 People light up candles during an event in memory of the victims of an earthquake in Athens, Greece, on Dec. 3, 2019. A week after a devastating quake hit Albania, Greeks joined Albanian migrants in central Athens on Tuesday, paying tribute to the victims and expressing support to those affected. The 6.4-magnitude earthquake hit Albania on Nov. 26 in the port city of Durres and nearby town of Thumane. So far, 51 people have died and 913 others injured in the quake, according to the Albanian Ministry of Health and Social Protection. (Photos: Xinhua)

The 6.4-magnitude earthquake hit Albania on Nov. 26 in the port city of Durres and nearby town of Thumane. So far, 51 people had died and 913 others injured in the quake, according to the Albanian Ministry of Health and Social Protection.

Greeks, Albanians and other migrants gathered in front of the City Hall and lit up candles in memory of the dead in an event organized by the Federation of Albanian Communities in Greece with the support of the Municipality of Athens.

The event, which aimed to send a strong message of friendship and solidarity with Albanian people in these difficult times, was also supported by the Greek forum of migrants comprised of communities of migrants from dozens of countries.

"We remember the 51 people who lost their lives during the quake in our country and we are in pain. We want to do anything possible to help people who have lost their loved ones, especially for children who are in a serious psychological condition," Anna Paschali, a 50-year-old Albanian migrant who has been living in Greece for the past 25 years, told Xinhua. 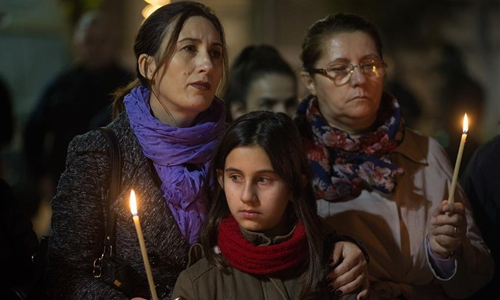 Paschali is a member of an organization mobilized to assist quake-devastated Albanians. They have collected clothing items, medicine and cash to be sent to the neighboring country.

"We are doing whatever we can. I would like to voice our gratitude to the City of Athens which helped us organize this event," she said.

Governments at various levels in Greece are offering help, while labor unions, medical associations, NGOs, soccer clubs and ordinary citizens are collecting humanitarian aid to be sent to Albania.

"As a community here we are deeply touched by the assistance Greek people and the Greek government have provided from the first hours," said Ermal Soulai, president of the Federation, referring to the Greek teams of experts dispatched to help rescue people from the debris. 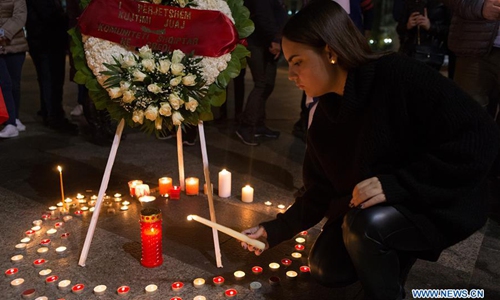 Representing Albanian students in Greece, Skerdilaidi Agaliu, member of the Board of Directors in the Federation, visited Durres while search and rescue operations were still underway.

"The image of the town was tragic. It resembled a bombarded site. Without exaggeration a large part of the town has vanished," he told Xinhua.

"(In) these difficult days, Europe and the country where we've been living in the past 30 years have shown that we are not alone," Agaliu said. 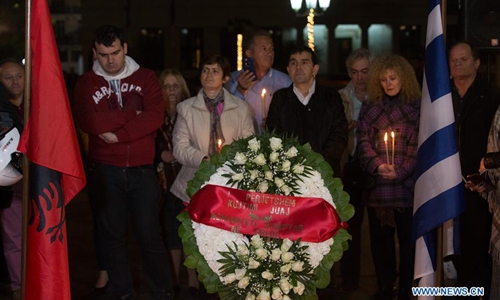 Albanians represent the largest immigrant population in Greece, according to the 2011 census. Mainly since the 1990s, hundreds of thousands have been seeking a better life in Greece.