WORLD Green on the go

Green on the go 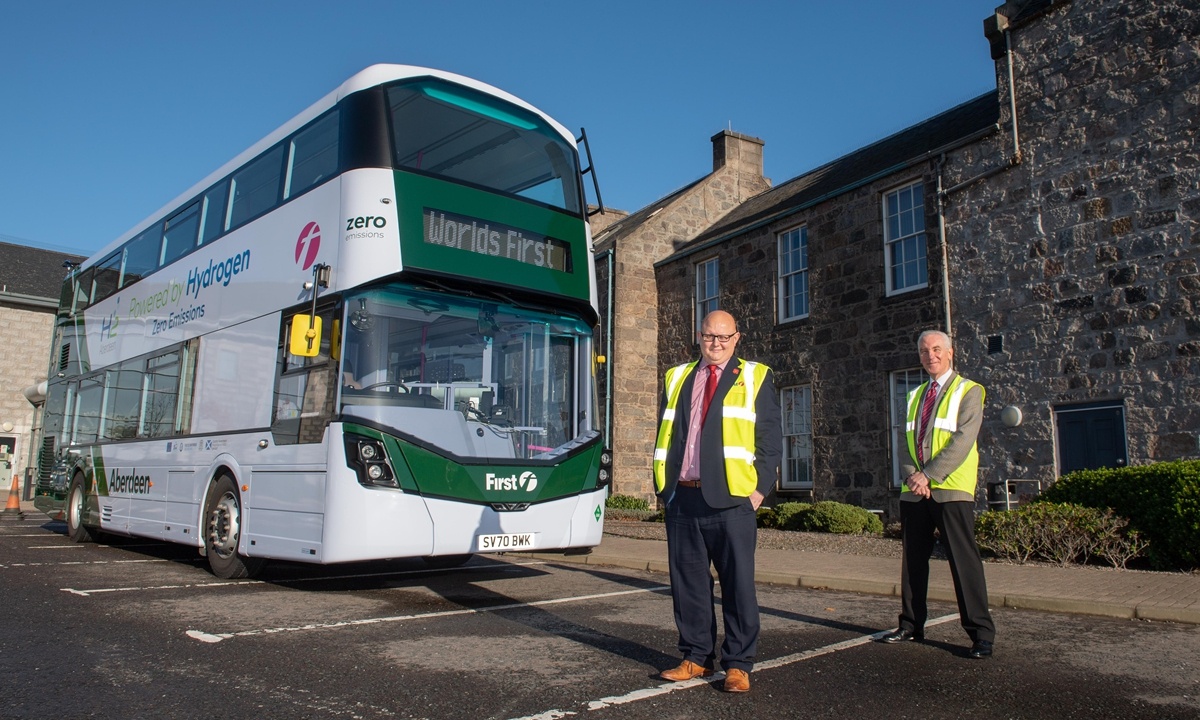 The Scottish city of Aberdeen enjoyed a boom after the discovery of oil in the North Sea in the 1960s, propelling it to a central role in the industry.

Now it's preparing to launch a fleet of the world's first hydrogen-powered double-decker buses, as it tries to reduce air pollution and transform itself into a green economy.

The 15 vehicles emit water vapor instead of carbon monoxide and are in the final stages of testing before being put into service on the city's most popular routes. The buses will use an existing hydrogen production and refueling station that was opened in 2015 to fill up with the universe's most abundant element.

"At the moment Aberdeen produces 500 kilograms of green hydrogen every day," said Philip Bell, Aberdeen City Council's hydrogen spokesman. "Our plan is to have a hydrogen hub in three years that will produce three and a half tons of the gas a day."

The city hopes the 8.3 ­million pound project, part-funded by the Scottish Government and the EU, will help to ­develop a hydrogen industry in the region as demand grows.

Hydrogen technology has been present for several years but demand for the gas has grown more than threefold since 1975, according to the International Energy Agency.

The gas can be produced through electrolysis, which involves running an electrical current through water to split it into hydrogen and oxygen, cutting carbon emissions.

But development of the infrastructure needed is slow, holding back widespread adoption of the technology.

The world's first hydrogen-powered bus rapid transit system was deployed in the city of Pau, in southwest France, in 2019. The system, dubbed Febus, uses 18-meter-long Van Hool buses on a dedicated six-kilometer line in the center of the city.

Scotland is currently testing the world's first hydrogen-fueled ferry at the European Marine Energy Centre on the island of Orkney, off the country's far northeast coast.

A hydrogen-powered train is also being tested in England, with the aim of carrying passengers by the end of 2021.