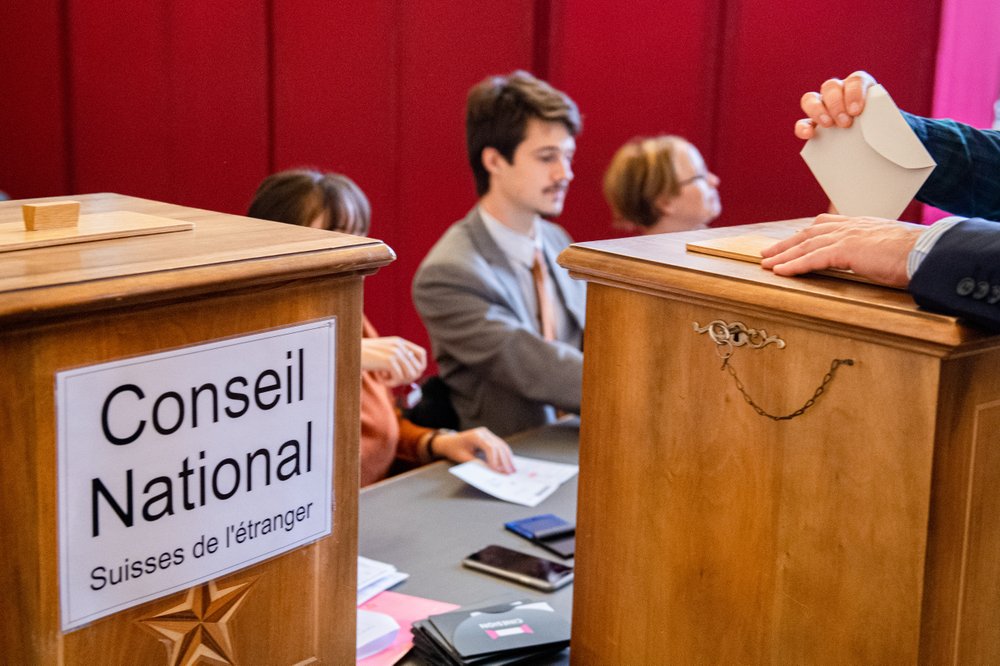 People are voting in the municipal office in Sion, Swizerland, on Sunday, Oct.20, 2019, during the 2019 Swiss Federal elections. (Photo: AP)

Greens made significant gains as Switzerland elected a new parliament on Sunday, while a populist right-wing party remained the country’s strongest but saw its support slip, projections indicated.

The projected outcome would amount to a significant shift in a country where political change tends to be gradual, and fulfilled pre-election expectations that environmental concerns would play out in Switzerland after boosting green parties in neighboring Germany and Austria in recent European and national elections.

The wealthy Alpine country of 8.2 million people is surrounded by members of the European Union and isn’t a member of the bloc, though it has close ties with it.

Switzerland has an unusual, consensus-oriented political system. Parties ranging from the center-left to the right-wing populist Swiss People’s Party — which has established itself as the country’s strongest over the past two decades — are represented on the governing Federal Council. Voters have a direct say on policy issues in referendums several times every year.

The Federal Council doesn’t currently include the Green Party, which was projected to make strong enough gains Sunday to overtake the smallest party in the government. Party chairwoman Regula Rytz told SRF public television she was “completely overwhelmed” and “it is clear that the population wants greener politics.”

She suggested that the Federal Council’s composition no longer reflects reality but was less clear on whether the Greens might challenge for a seat, given that none of its current members appear to have plans to step down. The legislature elects the Federal Council, and the Greens would need support from other parties to pull off a challenge.

Projections for SRF with counting well underway put the Green Party’s support in parliament’s lower house at 13% — up from 7.1% four years ago. A second, newer centrist party with an environmental focus, the Green Liberals, was seen boosting its support to 7.6% from 4.6%.

Support for the Swiss People’s Party was seen at 25.6%, down from its peak of 29.4% in the 2015 election, which coincided with the high point of an influx of migrants to Europe. There are three other parties in the government: the center-left Social Democrats, who were projected to win 16.5% of the vote; the pro-business Liberals, expected to get 15.5%; and the Christian Democrats, seen taking 11.8%.

The country’s presidency rotates between the seven members of the Federal Council on an annual basis.

The People’s Party, the Social Democrats and Liberals each have two seats on the Federal Council at present, and the Christian Democrats have one.