Grisham out as press secretary, will head first lady’s staff 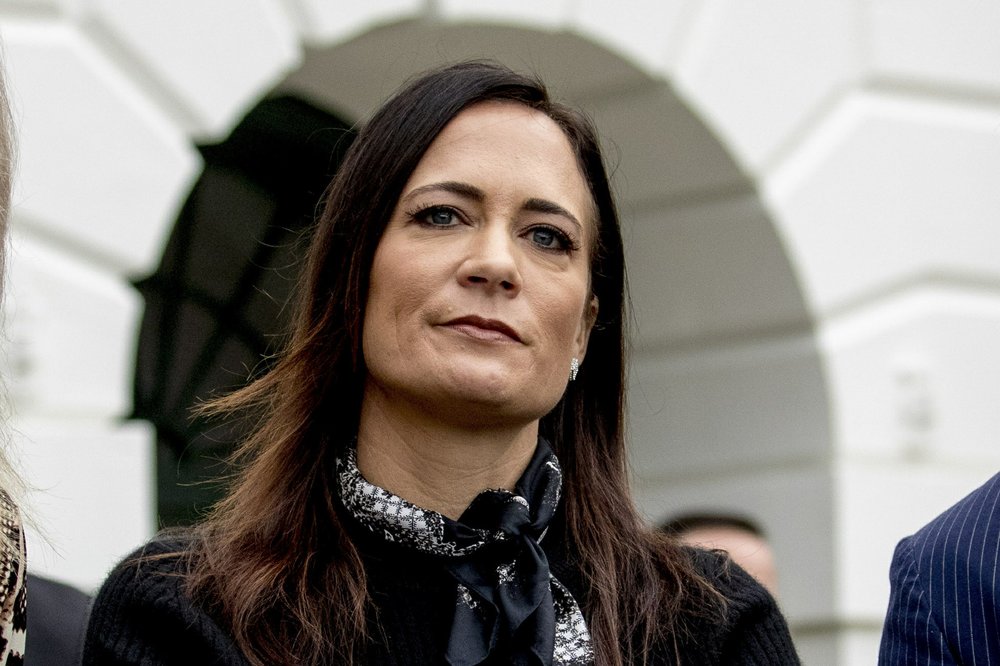 In this Oct. 3, 2019 file photo, White House press secretary Stephanie Grisham listens as President Donald Trump speaks to the media on the South Lawn of the White House in Washington. (Photo: AP)

Grisham will be assuming a new role as chief of staff to first lady Melania Trump. She had continued to represent the first lady while also holding the titles of press secretary and White House communications director since June of last year.

She will be replaced by two women who are familiar names in Trump world. Trump campaign spokeswoman Kayleigh McEnany will be joining the administration as press secretary, while Pentagon spokeswoman Alyssa Farah will be moving to the White House in a strategic communications role. That’s according to a senior administration official familiar with the moves who spoke on condition of anonymity to discuss the decisions before they had been formally announced.

The shakeup comes as the president is facing the biggest crisis of his administration, with the coronavirus pandemic spreading across the country, killing more than 10,000 people so far and fundamentally transforming American life while plunging the economy into what is expected to be a major recession.

Grisham, who succeeded Sarah Sanders and Sean Spicer, had been largely sidelined during the pandemic and since Mark Meadows, the president’s new chief of staff, began to assume control.

Over the last several weeks, Trump has been personally leading near-daily press briefings, intent on putting a positive spin on the federal government’s response to the pandemic.

Grisham had said when she took on the role that she was willing to hold press briefings, but never did, citing the fact that the president frequently fields questions from reporters. The president had largely ended the practice even before Grisham assumed the role, when Sanders held the position.

The role of press secretary has been a particularly challenging one under the media-obsessed Trump, who believes himself to be his best spokesman, communications director and strategist, and demands absolute loyalty.

Grisham’s new role was confirmed by the first lady, who said in a statement that Lindsay Reynolds, her chief of staff for the past three years, had resigned earlier this week to spend more time with her family.

“I continue to be honored to serve both the President and First Lady in the Administration,” Grisham said in a statement. “My replacements will be announced in the coming days and I will stay in the West Wing to help with a smooth transition for as long as needed.”