WORLD Growth figures seen as positive for the world

Growth figures seen as positive for the world 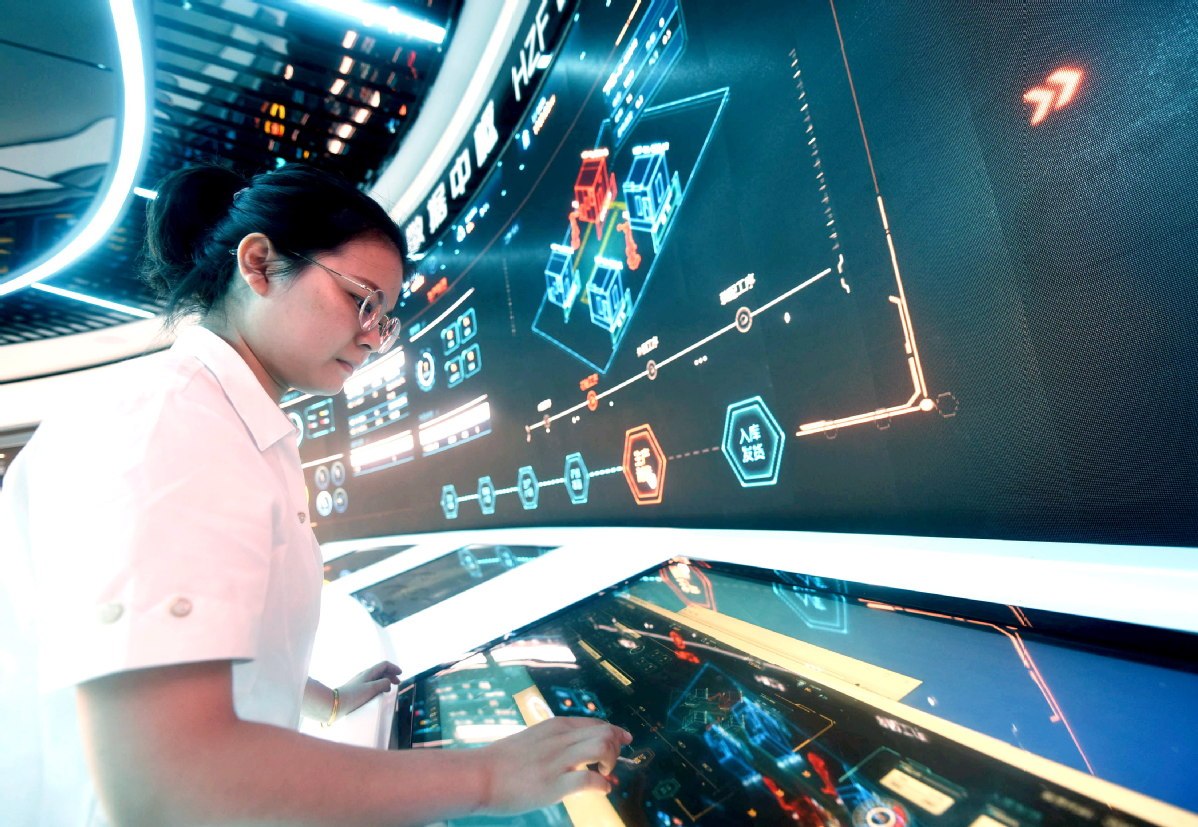 China's economic performance provides a fillip to others, experts say

Figures on China's economy during the second quarter of the year demonstrate the country's great resilience and potential for economic growth, experts say.

The country's economy returned to modest growth in the second quarter of the year and reverted from the first contraction on record in the first quarter as COVID-19 eased and policymakers announced economic packages, the National Bureau of Statistics said on Thursday.

The world's second-largest economy grew 3.2 percent in April-June from a year earlier, after a 6.8-percent decline in the first quarter－the first contraction since at least 1992, when official quarterly gross domestic product records started. In the first half of the year the economy contracted 1.6 percent year on year.

Geoffrey Yu, a senior EMEA Market Strategist at the Bank of New York Mellon and associate at LSE IDEAS, said China's strong GDP in the second quarter indicated that the recovery in industrial production is gathering pace.

The improvement in growth is likely to strengthen international interest in Chinese assets, already running at favorable levels, he said.

"Data released by the Central Bank show foreign investors increased their holdings of Chinese domestic bonds by over $70 billion in the first half of the year, and our own flow data also indicate strong demand for Chinese government bonds. The inflows will keep financial conditions loose and help with the recovery."

The weak external environment remains one of the biggest risks to growth because the prospect of a second coronavirus wave in major economies will dampen external demand, Yu said.

"China should use this opportunity to continue its efforts to rebalance the economy away from exports and investment, and toward strengthening household income and demand."

Sangaralingam Ramesh, a senior teaching fellow in economics at University College London, said the fact that China's economic growth was 3.2 percent in the second quarter as opposed to a 6.8 percent contraction in the first quarter may surprise some.

"This may especially be in the context of the uncertain and potentially dire economic circumstances of many other countries, developed and undeveloped. For example, the UK economy contracted 2.2 percent in the first quarter, while the euro zone contracted by 3.6 percent."

There are three reasons for China's economic comeback amid stagnant world growth, Ramesh said. First, China's strong central government has devised economic policies to make the most of free-market forces to the benefit of the people, he said.

Second, Chinese society is very much oriented toward the family, with a respect for education, and "a strong sense of purpose in the desire to learn has helped innovation and the sustained transition to a knowledge economy in China".

Third, people in China are more entrepreneurial than those in other countries.

Stephen Perry, chairman of Britain's 48 Group Club, said China is well organized and experienced for a recovery from natural disasters.

George Magnus, economist and associate at the China Centre at Oxford University and research associate at the School of Oriental and Asian Studies in London, said: "The turnaround in China's economy back to positive annual growth in the second quarter shows that efforts to control the pandemic and spur infrastructure and construction have borne fruit."

Figures also point to an economy in which production is buoyant but demand is soft, notably in service industries, and also in the transport and retail sectors, he said.

Iris Pang, chief economist for Greater China at the Dutch investment institution ING Bank, said: "Most of China's GDP growth in the second quarter came from net exports, which grew by 8.8 percent. With China's economy expanding since June, the rest of the world will also enjoy the recovery."

Jim O'Neill, chair of the international think tank Chatham House, said China's economic growth in the second quarter confirms that it has recovered from the pandemic.

However, consumption, including for June, was softer than expected, he said. "However, this is early days, and based on other recent sentiment data, notably a strong Caixin Services sector (Purchasing Managers' Index), it might herald stronger spending in coming months."