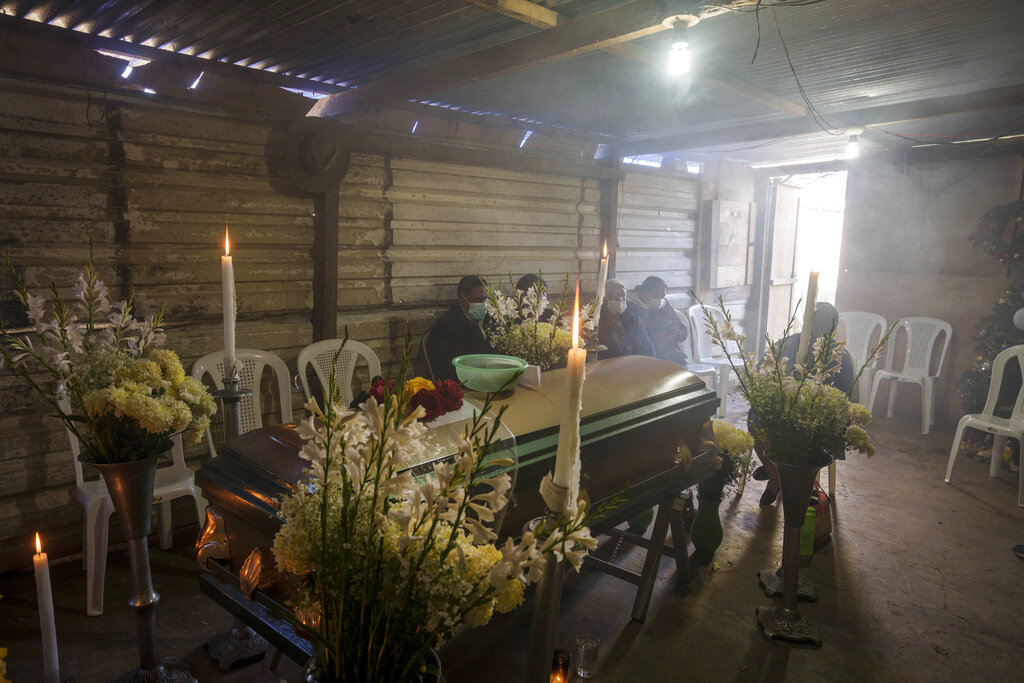 The body of Guatemalan migrant Daniel Arnulfo Pérez Uxla was laid out for the memorial service Sunday in his hometown of Tejar, in the highland province of Chimaltenango.

Pérez Uxla was one of four migrants killed in a Dec. 9 truck crash in southern Mexico whose bodies were returned to their homeland Saturday. A total of 56 migrants died when a people smugglers’ semi-trailer truck jammed with migrants overturned on a highway.

Pérez Uxla was a 41-year-old ironworker who left for the United States in hopes of paying off a mortgage on his home, after losing his job during the coronavirus pandemic.

His coffin was surrounded by white and yellow flowers and candles at his tin-roofed home. He left behind a wife and three children.

His wife, Mariela de Pérez, said he would be buried immediately Sunday. “I don't want to prolong the agony for everyone, especially for my children,” she said.

His and three other migrants' bodies arrived on a charter flight from Mexico on Saturday and were taken in hearses to their hometowns for burial. The other three victims were from San Marcos province, on the border with Mexico.

Most of the 56 victims were believed to be from Guatemala, Honduras and the Dominican Republic.

De Pérez still had hopes of finding her husband alive, and she travelled to Mexico after word spread about the accident. After looking in all the hospitals in the Mexican city of Tuxtla Gutierrez, she finally found him in the last place she had wanted to go: the morgue.

“I found him him two days after I arrived, in the morgue,” she said.

De Pérez then went to the curve in the highway where the crash occurred, to light a candle for her husband.

“I am not Catholic, but my in-laws are, and I know they would have wanted me to light a candle at the spot where he died,” she said.

Assistant Foreign Minister Eduardo Hernández said that so far six of the dead have been identified as Guatemalan citizens, and there is reason to believe 14 more are also Guatemalans.

Authorities say fingerprints have been used to identify the bodies, as well as relatives' identification of their loved ones through photographs.

More than 100 migrants were injured in the crash. Some remain hospitalized in Mexico.

The truck was packed with as many as 250 migrants, and survivors said that speed and weight of the human cargo may have played a role in the crash.