WORLD Guatemalans choose president amid distrust, flight to US

Guatemalans choose president amid distrust, flight to US 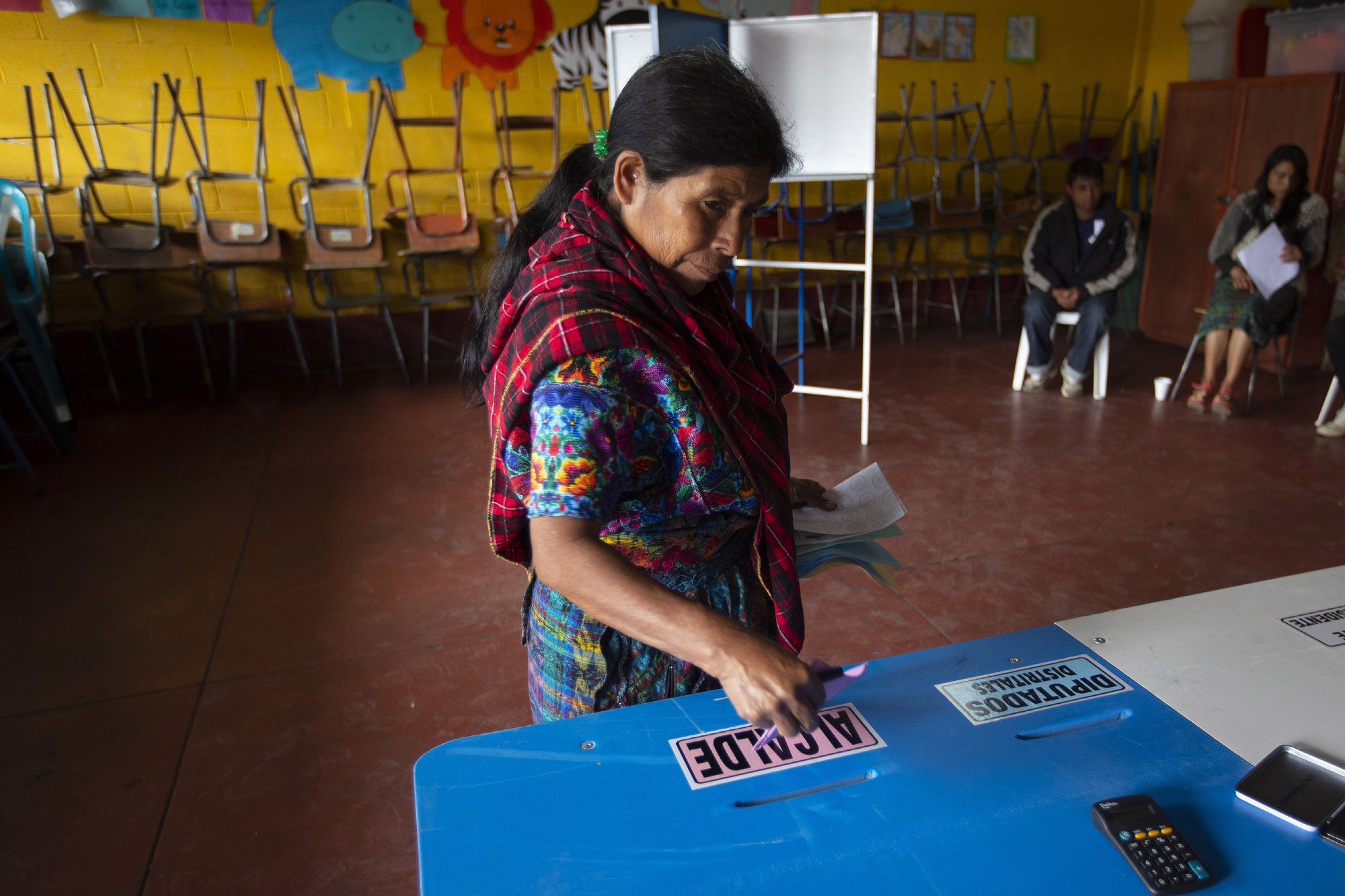 Guatemalans headed to the polls Sunday to cast their vote for the next president, following an electoral process that generated widespread disillusion and distrust just as tens of thousands were fleeing poverty and gang violence in the country to seek a new life in the United States.

Marco René Cuellar, 39, was the first to vote at the Mixed Rural School in the municipality of Santa Catarina Pinula. He said he would hope for the good faith of the winner because the country needed changes.

“There is a belief that instead of advancing in these four years of government, we’ve gone backwards,” he said, adding that candidates had little to offer. “We’ve lost our way as a country, but we should not lose faith in the democratic process we have,” he said.

Voters are choosing between 19 candidates for a four-year presidential term that begins in January 2020. The winner needs an absolute majority, making an August runoff between the two top vote-getters likely. More than 8.1 million citizens of the Central American nation will also be eligible to vote for the vice president, congressional representatives and mayors.

The top five candidates for president are: former first lady Sandra Torres of the National Unity and Hope party, who is expected to finish first but without enough votes to win in the first round; former prison director and four-time presidential candidate Alejandro Eduardo Giammattei Falla; businessman Roberto Arzú; lawyer and journalist Edmond Auguste Mulet Lesieur; and Thelma Cabrera, the only indigenous candidate.

But the campaign season has been most noticeably marked by a chaotic flurry of court rulings, shenanigans, illegal party-switching and allegations of malfeasance that torpedoed the runs of two of the three front-runners, including Chief Prosecutor Thelma Aldana.

Aldana gained international renown for leading crusading anti-corruption investigations in tandem with a UN anti-graft commission operating in Guatemala, but was booted from the race on the grounds that she lacked a document certifying that she didn’t have any outstanding accounts from her time overseeing a public budget as prosecutor.

A recent poll from CID Gallup Latinoamerica found that nearly a third of Guatemalan adults surveyed believe the election will be plagued by fraud. Another 20 percent said the election’s legitimacy would be suspect because so many candidates were kept from running.

But Guatemalans have long grown accustomed to an unpredictable political landscape.

Three of the last four elected presidents have been arrested post-presidency on charges of corruption. Graft allegations have also targeted current President Jimmy Morales and his inner circle, though he denies wrongdoing and has been protected from prosecution due to his immunity while in office.

The current election marks the first time that Guatemalans can cast ballots from abroad: At least 60,000 are eligible to vote in Los Angeles, New York, Maryland and Washington, D.C., all home to large numbers of Guatemalan emigres.

Unemployment, violence, corruption, rising costs of living and the shoddy state of the country’s highways are among top concerns for the country’s electorate. Surging migration has not emerged as a major campaign issue, even as an estimated 1 percent of Guatemala’s population of some 16 million people has left the country this year.