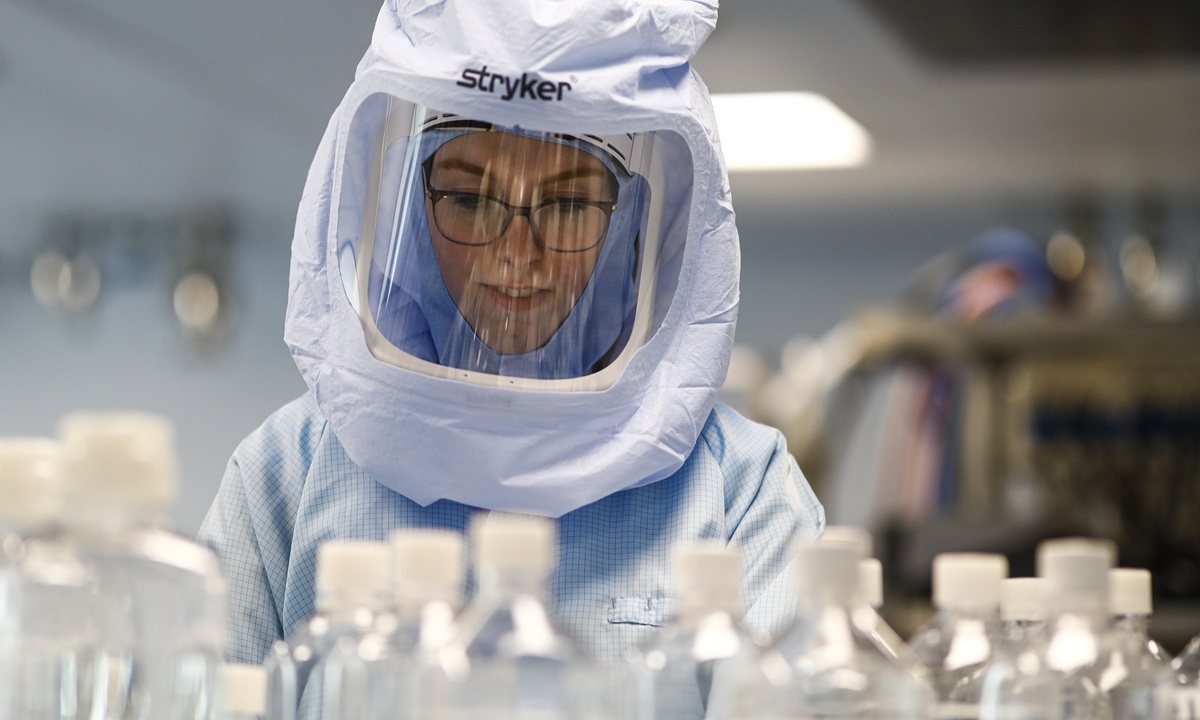 Employees in special suits test the procedures for the manufacturing of the messenger RNA (mRNA) for the Covid-19 vaccine in German company BioNTech, in Marburg, Germany on March 29, 2021. (Photo: VCG)

Guinea confirmed a case of Marburg disease, the World Health Organization (WHO) said on Monday, the first recorded in West Africa of the lethal virus that's related to Ebola and, like COVID-19, passed from animal hosts to humans.

The virus, which is carried by bats and has a fatality rate of up to 88 percent, was found in samples taken from a patient who died on August 2 in southern Gueckedou Prefecture, the WHO said.

"The potential for the Marburg virus to spread far and wide means we need to stop it in its tracks," said Dr Matshidiso Moeti, WHO regional director for Africa.

The discovery comes just two months after the WHO declared an end to Guinea's second outbreak of Ebola, which started in 2020 and claimed 12 lives.

In Geneva, the WHO said it considered the threat "high" at the national and regional level, but "low" globally.

"We are working with the health authorities to implement a swift response that builds on Guinea's past experience and expertise in managing Ebola, which is transmitted in a similar way," Moeti said.

The Guinean government confirmed the Marburg case in a statement.

Marburg virus is usually associated with exposure to caves or mines housing colonies of Rousettus bats. Once caught by a human, it is spread through contact with bodily fluids of infected people, or with contaminated surfaces and materials, according to the WHO.

"We applaud the alertness and the quick investigative action by Guinea's health workers," Moeti said in a statement.

The case was detected in a village in a forested region close to the borders of Sierra Leone and Liberia.

The man's symptoms date back to July 25, the WHO said.

After being initially treated at a local clinic and tested for malaria, the patient died "in the community," the WHO said.

Post-mortem samples then tested negative for Ebola, but positive for Marburg. Ten WHO experts, including epidemiologists and socio-anthropologists, are already in the field to support national health authorities.

Cross-border surveillance has also been stepped up so that possible cases can be quickly detected, it said.