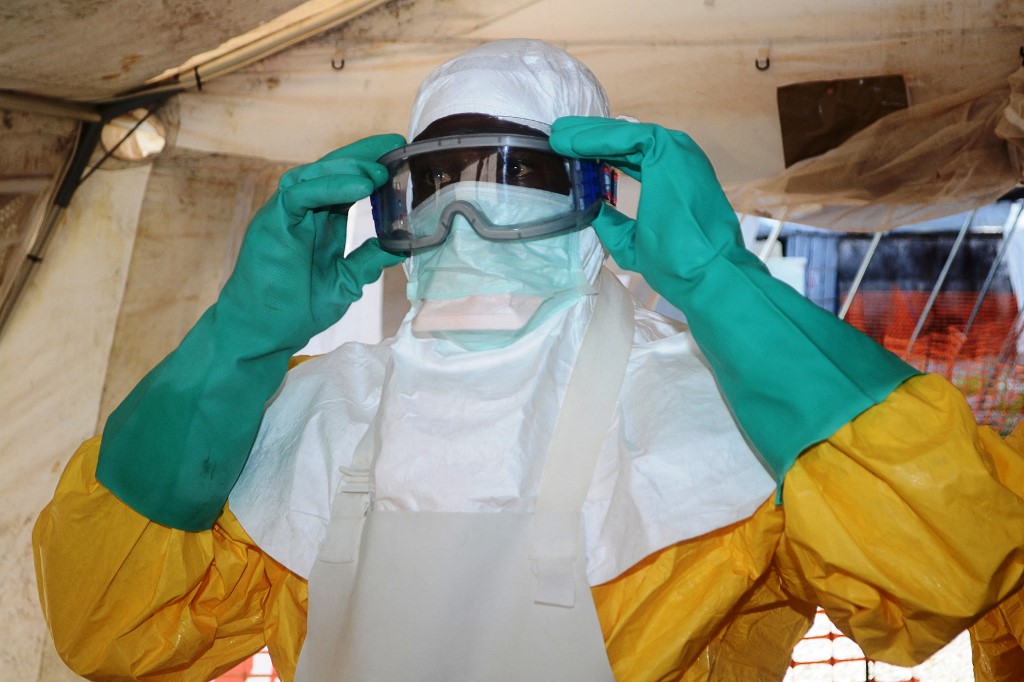 This file photo taken on June 28, 2014 shows a member of Doctors Without Borders (MSF) putting on protective gear at the isolation ward of the Donka Hospital in Conakry, where people infected with the Ebola virus are being treated. (Photo: AFP)

The head of Guinea's health agency said Sunday the country was in the midst of an Ebola "epidemic situation" with seven cases confirmed in the West African nation's southeast, including three deaths.

"Very early this morning, the Conakry laboratory confirmed the presence of the Ebola virus," Sakoba Keita said after an emergency meeting in the capital.