The clash broke out after a group of Taliban militants stormed a checkpoint of local police in Joi Begam area in the restive district on early morning, triggering a two-hour gun battle and leaving 13 dead, the official added.

Security forces, according to the official, have launched cleanup operations to get the area cleaned of the insurgents. 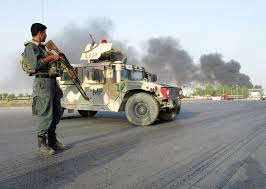