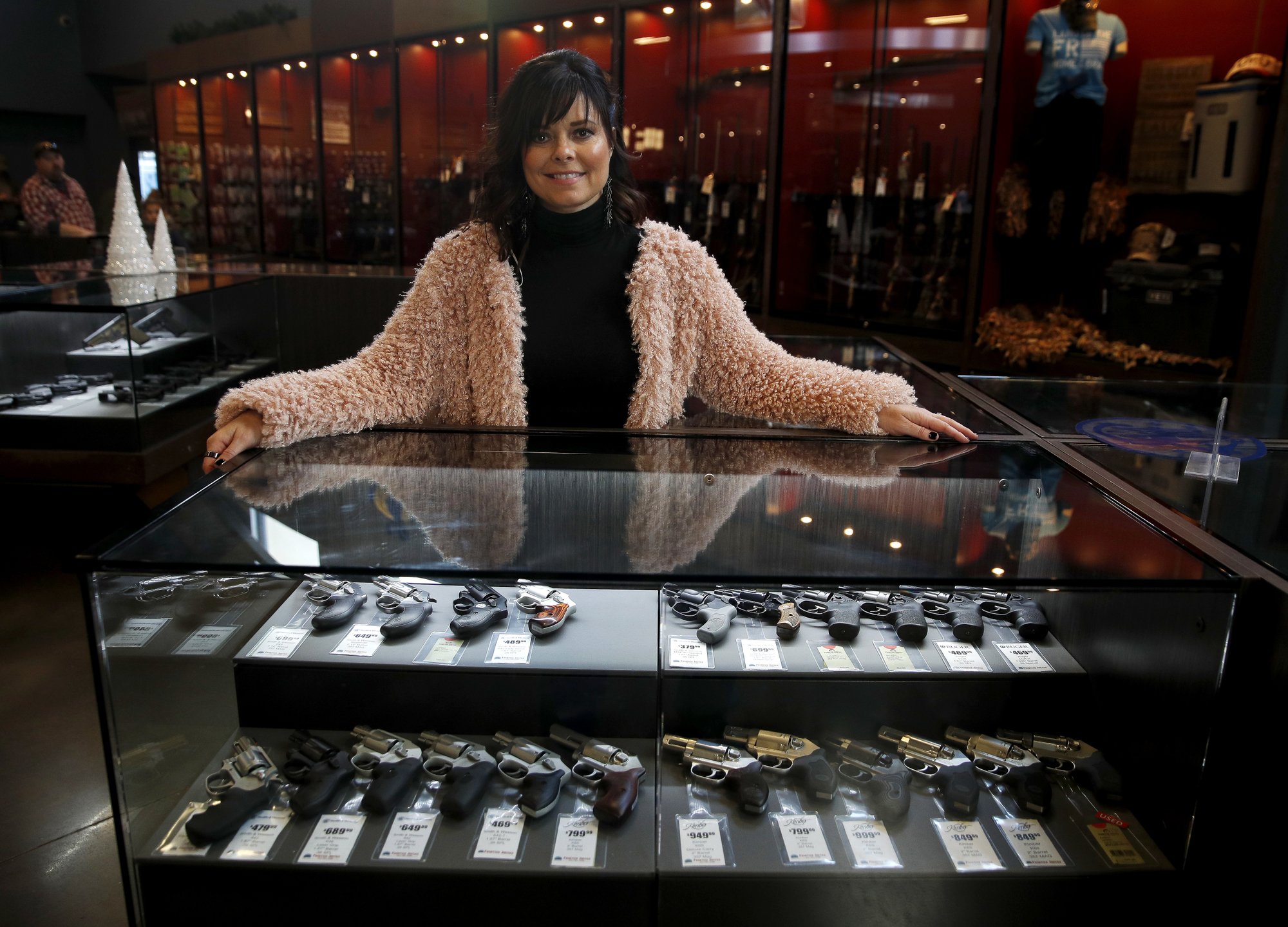 With a scent machine that wafts grapefruit and vanilla fragrances through the air, guns displayed in cases similar to those found in jewelry stores and a high-end women’s fashion boutique, the suburban Kansas City, Missouri, business that Bren and Mike Brown opened three years ago aims to take the women’s gun store concept well past pink guns.

“There’s nothing like this across the United States,” Bren Brown said as she walked around the 33,000-square-foot Frontier Justice store in Lee’s Summit.

Public radio station KCUR reports the luxury department store concept could be an important development for the $11 billion retail gun industry, which is increasing efforts to target women amid sluggish gun sales following the election of President Donald Trump.

It’s tough to pin down specific numbers, but Brown said retail firearm sales are clearly down since Trump was elected president because many people had purchased firearms in anticipation of anti-gun legislation had Hillary Clinton won the election. 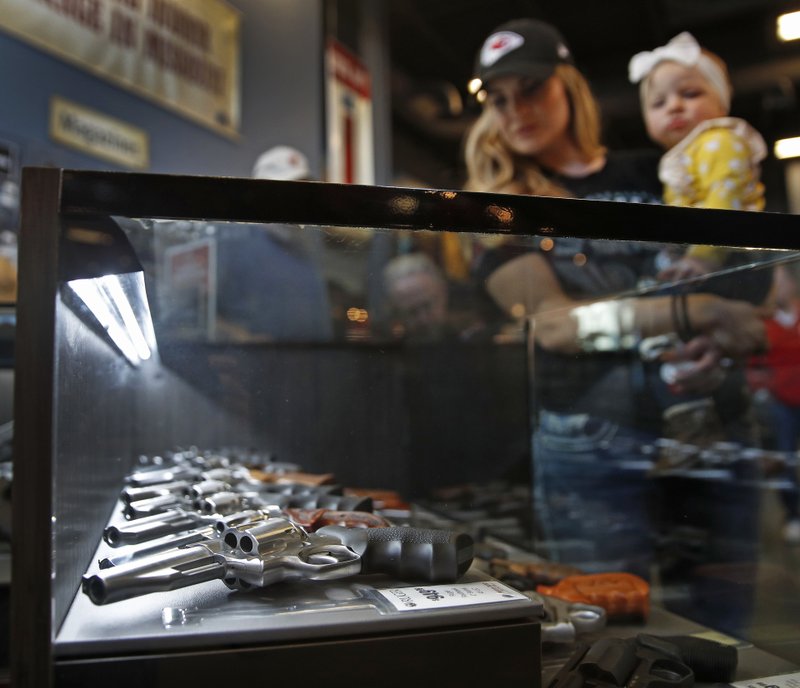 Brooke Clarke and her daughter Brystal, 1, look at guns at Frontier Justice in Lee's Summit, Missouri on Decmeber 21, 2018. (Photo:AP)

Statistics from the FBI’s National Instant Criminal Background Check System show more background checks for gun purchases were run in 2016 than in any other year on record. In 2017, they dropped by about 8 percent. They are on pace for a slight increase in 2018.

“The Trump slump is a real thing,” Bren Brown said. “I voted for Trump and I’d vote for him again because I think he’s the best thing for our country right now, given the choices at hand in the last election. But it certainly has not been good for business.”

Gun stores are typically big-box retailers that cater to hunters or small shops packed with row after row of rifles.

Brown said she noticed husbands and wives would sometimes walk together into a sporting goods store with their children, but that the wife and kids would go back outside and wait in their car while he shopped. And smaller stores, which sometimes have low ceilings and little natural light, seem too unwelcoming for some women, she said.

The store hosts events such as date nights, during which each couple gets a gun and shooting lane rental, two boxes of ammunition, dinner for two and a keepsake photo.

Other aspects of the shopping experience speak to the Browns’ values. The motto “faith, family, freedom” receives prominent placement in signage and marketing materials. Brown believes attracting more families to the firearms community will lead to stronger Second Amendment protections for future generations.

She said children are key.